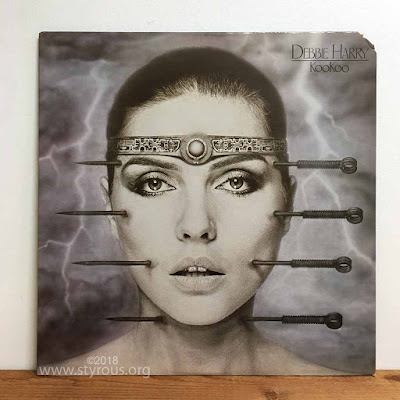 Thirty-seven years ago, on July 31, 1981, Debbie Harry released her debut solo album Koo Koo in the U. K. It had already been released four days earlier in the U. S. by Chrysalis Records.


Koo Koo is one of those albums whose cover art snagged me immediately! The photograph by Brian Aris then rendered by H. R. Giger, who had designed the creature for the sci-fi/horror film, Alien, two years earlier, was a knock-out. How could it not! This entry is more about the album cover than the music! 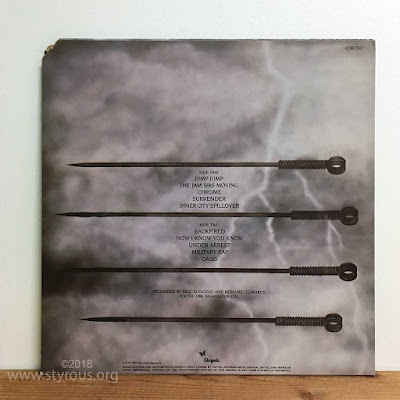 Giger created several variations of the cover (another of which is seen on the album's inner sleeve) in what Harry described as a combination of punk, acupuncture (Giger link below) and sci-fi. Harry stated that the album title came to her after she saw Giger's completed work, and although she had misgivings about the conceptual ideas behind the artwork (as she did not identify either the album or herself as "punk"), she was suitably impressed to use it anyway. 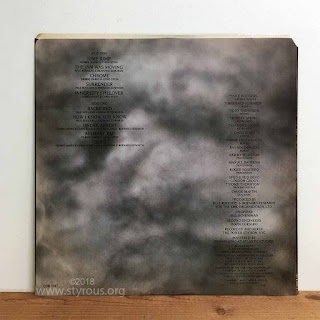 For the promotion of KooKoo, Chrysalis Records planned to display large posters of the album cover in various stations of the London Underground. However, officials deemed the image of Harry with metal skewers going through her face and neck to be too disturbing. 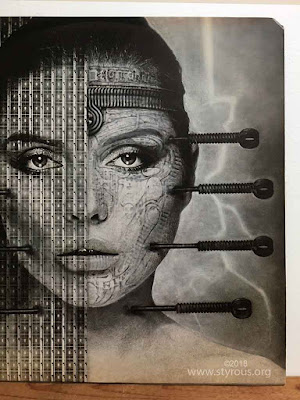 
I have four favorites from this album, The Jam Was Moving, Chrome, Inner City Spillover and Oasis; of the four, Oasis is my favorite. 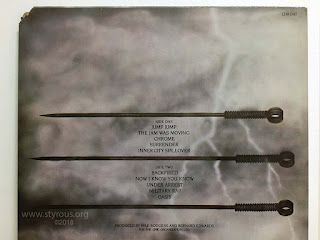 Promo videos were made for the tracks Backfired and Now I Know You Know, both directed by Giger and filmed at his studio in Switzerland.Backfired featured a dark-haired Harry dancing superimposed over a backdrop of Giger's distinctive artwork, with Giger himself appearing in a semi-translucent face mask. Now I Know You Know featured Harry in a long black wig and a form-fitting bodysuit painted with Giger's unusual artwork, dancing around in a small set furnished with Giger's "bio-mechanical" design work (link to videos below). 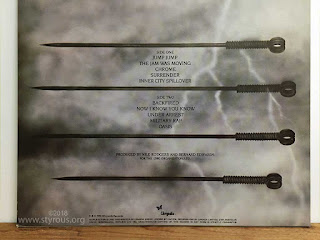 KooKoo was one of three albums to be (co)written and produced by record producer, Nile Rodgers, and Bernard Edwards, of Chic, in 1981, the other two being the Chic fifth album, Take It Off and I Love My Lady, by Johnny Mathis, which remains unreleased. 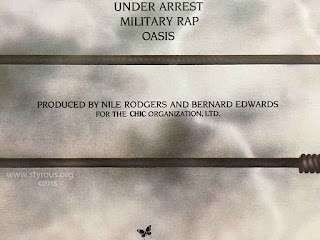 Two singles were released from the album: Backfired, which peaked at #24 in Australia, #32 in the UK and #43 in the US in August 1981, and The Jam Was Moving which reached #82 in the US but failed to chart in the UK or Australia.

Chrome was the flip/B-side of The Jam Was Moving only being issued in Germany as a single and in the USA as a 12" promotional single only. 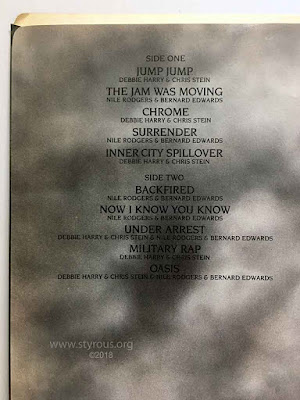 Debbie Harry ~ Koo Koo
vinyl LP inner sleeve back detail
sleeve concept – H. R. Giger
detail photo of inner sleeve by Styrous®
KooKoo showcased the early fusion of funk, rock and dance music that would become the trademark of Rodgers and Edwards, and this style would later be evident on albums such as Let's Dance, by David Bowie, Notorious, by Duran Duran, The Power Station self-titled debut album, and the Robert Palmer album, Riptide. 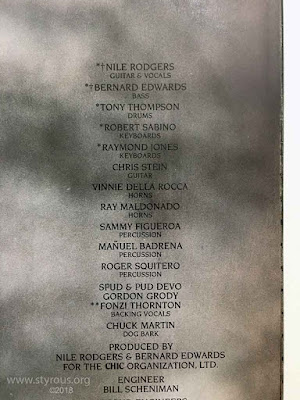 Backing vocals were provided by Mark Mothersbaugh and Gerald Casale of Devo; they are credited as Spud and Pud Devo. 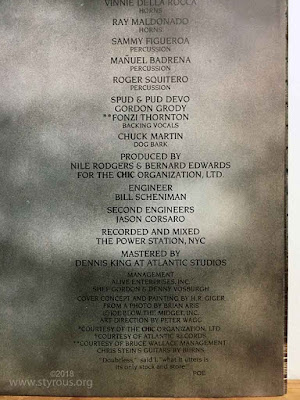 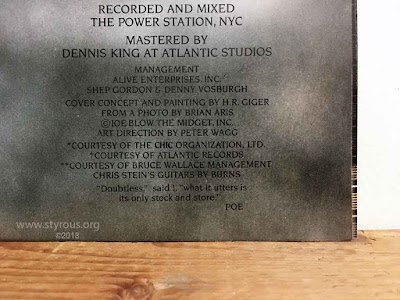 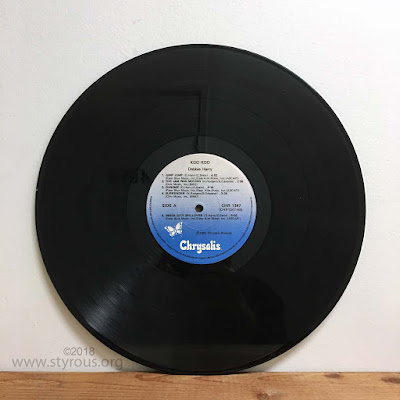 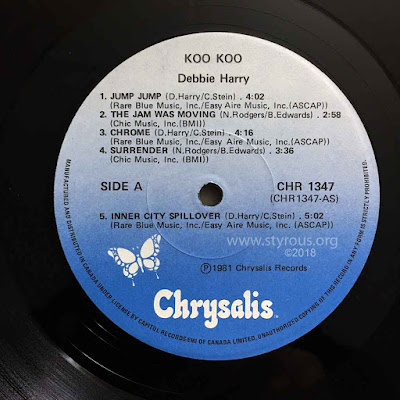 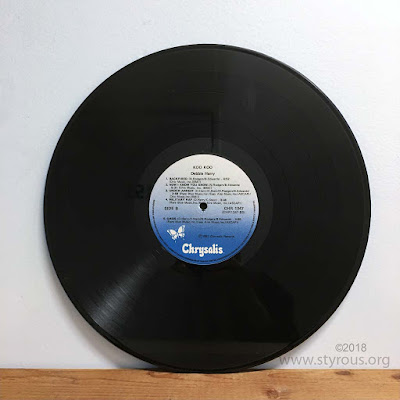 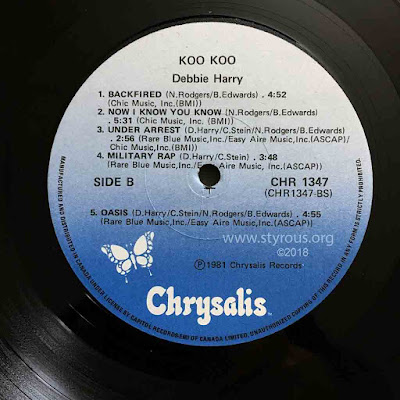 On back of jacket:
Made in U.S.A.
℗ & © 1981 Chrysalis Records
On spine: Printed in U.S.A.
Barcode and Other Identifiers