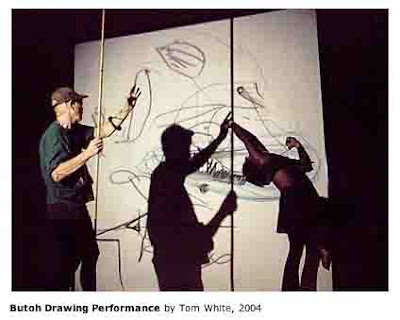 Tom White, an artist trained as a painter, has developed a visual program called ButohDrawing; an interface of video, digital info and movement . . non static most of the time. He uses Japanese Butoh movement to perform site-specific drawings; Butoh discipline as a vehicle to investigate alternative modes of cultural production.

He has performed ButohDrawing regionally & nationally; in Europe, Mexico, China, Jerusalem and as artist in residence at the Monagri Foundation in Cyprus.


He is Professor Emeritus at the California College of the Arts (CCA) in Oakland, CA.

More of his work can be seen in his Ovation TV profile. 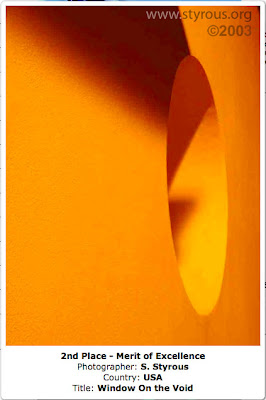 An interesting site to check out is the photography of Phillip Hofstetter. A photographer of Mayan and other ruins, his are not the run-of the-mill images but beautiful 360º panoramic views of the sites photographed. They have to be seen to be appreciated.

He is an Associate Professor of Art at California State University, Hayward, California. He has worked in theater, documentary television, and with San Francisco Bay Area art museums. As a multimedia and video producer for archaeological excavations in Yucatán, his television & multimedia work has appeared on National Geographic television and the Discovery Channel.

His 17 year photographic journal not only includes Maya ruins but also Palenque and field work for the Yaxuná Project and at Chunchucmil, both in the Yucatán. He is currently designing new media documentation at the Kiuic Project in the Puuc Hills and for the El Perú Project in the Petén, Guatemala.

In 2006 & 2007 he expanded his photographic work to cityscapes and ancient archaeological sites in the Mediterranean basin. His most recent museum exhibition shows panoramas of both Maya and Greek ruins from Turkey to Sicily, from Guatemala to Yucatán. He has a new book of his images that will be published in a couple of months.

Check out his Mayan panoramas, as well as those of his Ancient Greek ruins, pretty interesting.

~
Photography Articles
MAIN MENU - Blog Articles
~
Posted by Styrous® at 10:19 AM No comments: