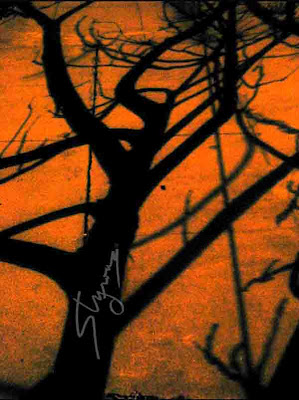 The IAA will sponsor an exhibition titled, "cross currents - Season of Awareness" from August 4 - 29. The show will focus on awareness of global issues.

History of the IAA
Past exhibitions
Contacts

ROBERT FRANK: THE AMERICANS AT SFMOMA 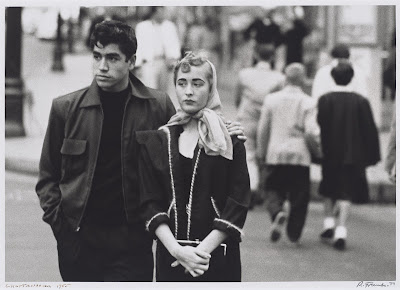 An exhibition of major importance has opened at the San Francisco Museum of Modern Art (SFMOMA). The exhibition entitled, Looking In: Robert Frank’s The Americans, organized by the National Gallery of Art, Washington, will be on display until August 23, 2009.

This is the extraordinary photography Frank produced from 1955 – 1956 when he spent nine months traveling across the United States. During this journey he took more than 27,000 images that he edited down to 1,000 work prints. He spent a year editing, and sequencing the photographs, then linking them thematically, conceptually, formally, emotionally and linguistically. The result was The Americans, a series of photographs that looked beneath the surface of life in the United States to reveal a culture on the brink of massive social upheaval and revealed a country that many knew existed but few acknowledged. A book of these photographs was first published in France in 1958 then in the United States in 1959.

Looking In: Robert Frank’s The Americans is grouped into four sections. The first examines the roots of The Americans, not only in Frank’s earlier handmade books, which include 40 Fotos (1946), Peru (1949), and Black White and Things (1952), but also in other sequences of photographs he made at this time, such as People You Don’t See (1952).

The second section displays Frank’s original application to the John Simon Guggenheim Memorial (which funded the primary work on The Americans project), along with vintage contact sheets, letters to photographer Walker Evans and author Jack Kerouac, and two early manuscript versions of Kerouac’s introduction to the book. Also exhibited are three collages (made from more than 115 original rough work prints) that were assembled under Frank’s supervision in 2007 and 2008, revealing his intended themes as well as his first rounds of images selection. Assisting him with these collages was Sarah Greenough who co-curated the show with Cory Keller (SFMOMA Associate Curator).

The third section is composed of all 83 images from The Americans in their original sequence, often in the form of rarely exhibited vintage prints. These images changed the course of twentieth-century photography, and helped the nation see itself more clearly. The images showed a people plagued by racism, ill-served by politicians, and numbed by a rapidly rising culture of consumption. But in addition to exposing a darker side of the United States, Frank shed light on the beauty of overlooked corners of the country. His photographs of diners, cars, and even “the road” itself, helped to redefine the icons of America. These 83 provocative but often poignant photographs reveal “the kind of civilization born here and spreading elsewhere”. Often paired, they address urban and rural, black and white, military, political and civilian, rich, poor and middle class people and life. These pairings suggest the divisions that separate people and the ways in which some see but cannot act, while others act but cannot see.

The fourth section addresses the impact that The Americans had on Frank’s subsequent career and includes a film Frank made in 2008 especially for this exhibition. Released at the height of the Cold War, The Americans was initially reviled, even decried as anti-American. Yet during the 1960’s many of the issues that Frank had addressed erupted into the collective consciousness, especially the pervasive racism in the country, the alienation of youth, a growing dissatisfaction of political leaders, and skepticism about the rising consumer culture. The book came to be regarded as both prescient and revolutionary. It soon attracted a cult-like following that included many photographers and other artists.

Looking In: Robert Frank’s The Americans is accompanied by a major publication of the same name. Published by The National Gallery of Art with assistance from The Getty Foundation, the softcover edition of the catalogue ($45) includes reproductions of all the work in the exhibition, 396 pages with 6 four-color, 168 tritone and 210 duotone images. The hard-cover ($75) is an expanded edition of 528 pages which add the contact sheets for images in The Americans, a chronology, a map, and two appendices. For more information visit the San Francisco Museum of Modern Art.