~
Lee Malone has been chosen by Converse to go to it's recording studio, Rubbertracks, in Brooklyn, NY to record an EP. They successfully completed a Kickstarter project this month to fund this project and to help get them there.

Their first 11-song album is "Poor Malone Dies", written and recorded entirely in Chris and Sivan's kitchen. It has not been released to the public yet, but a few singles can be freely downloaded from their Facebook profile.

Born in Berkeley, California, Sivan Gur-Arieh was educated at Bezalel Academy of Art in Jerusalem where she studied painting and sculpture. From there she went to Columbia College – Chicago, earning a Masters degree in Writing and Directing film. She is also an accomplished musician and music plays an integral part in her life and films. Her ultra-low budget music video for the Bobby Conn song “We Come In Peace” aired repeatedly on MTV Europe. She currently resides in the San Francisco Bay Area, where she is crafting experimental films, directing music videos, recording music and finishing a feature screenplay.

The photos by Styrous® are from a performance at The Rite Spot in San Francisco on September 11, 2011. 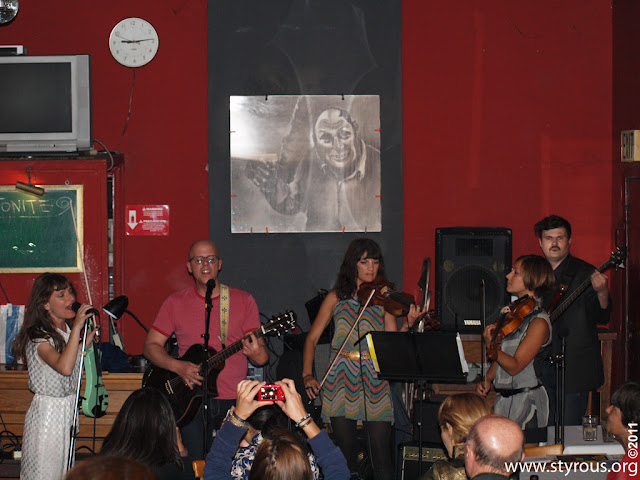 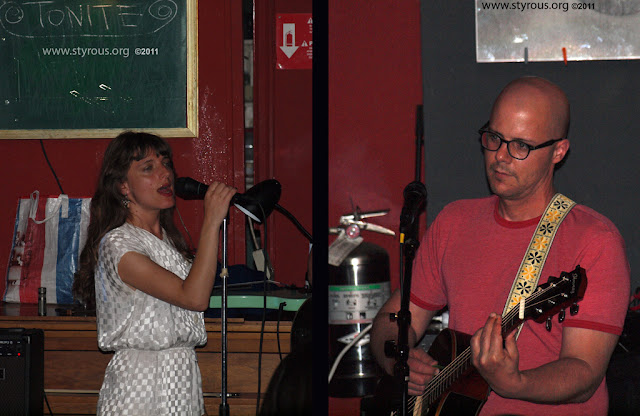 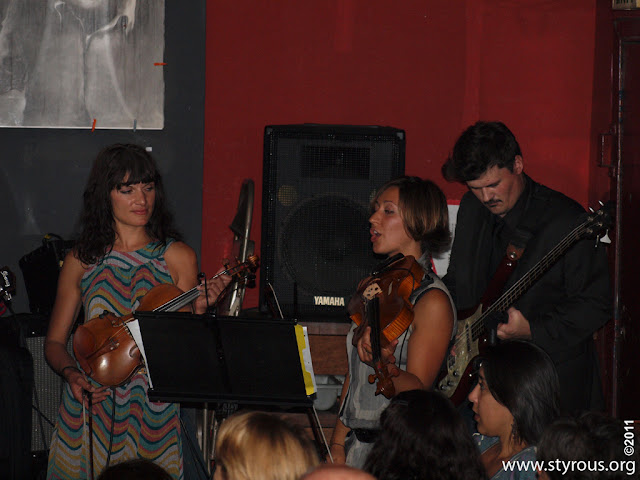 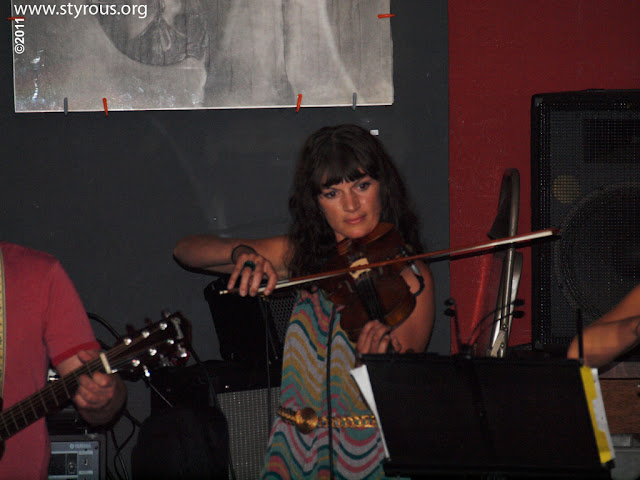 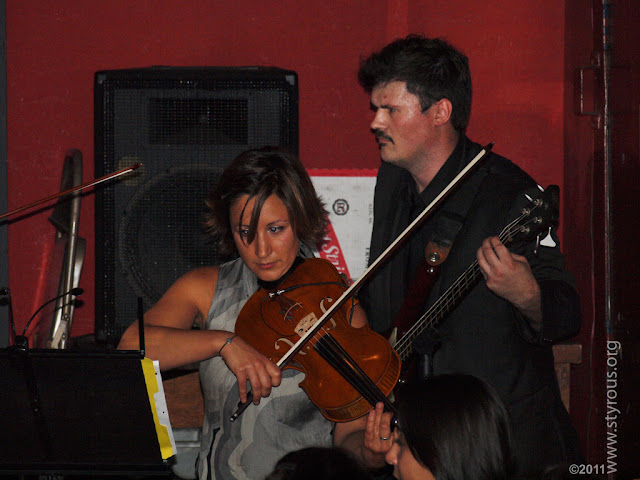 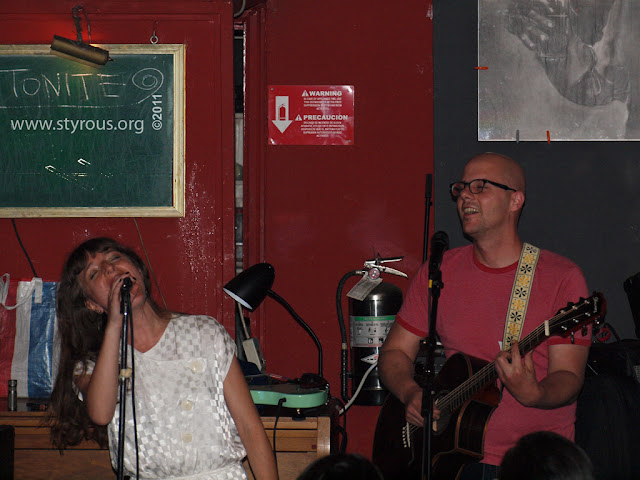 The Capital of Texas

~
When I was in Austin in November one of the first things I came across was the capital of the state of Texas. From the very first sight of it I knew I had to photograph it.

It is truly a marvel of the Italian Renaissance Revival style designed by architect Elijah E. Myers. Construction was started in 1882 and it was completed in 1888. 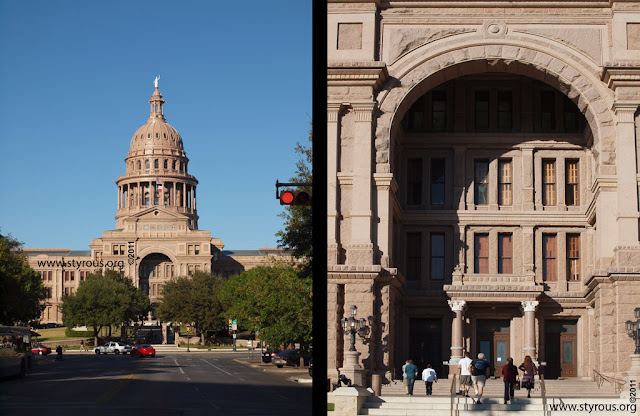 The entrance tells you that you are entering a bastion of power;
there's no way to deny it.
photos by Styrous® 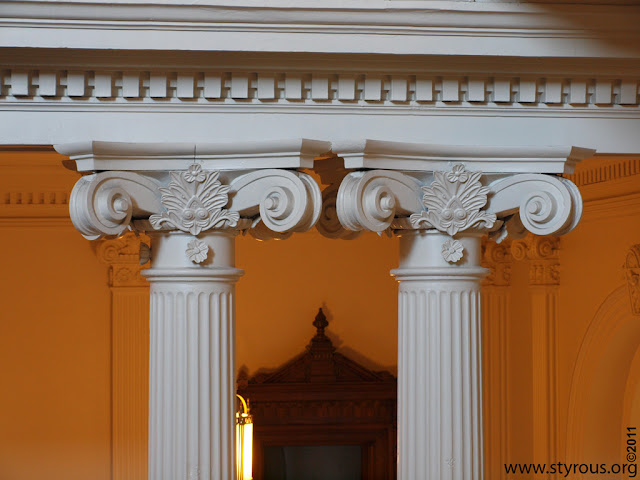 The architectural details are wonderfully elegant.
photo by Styrous® 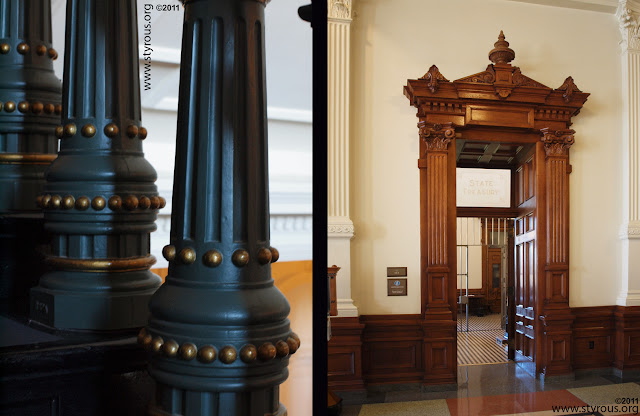 The interior is an amazing study in late Victorian detail.
photos by Styrous® 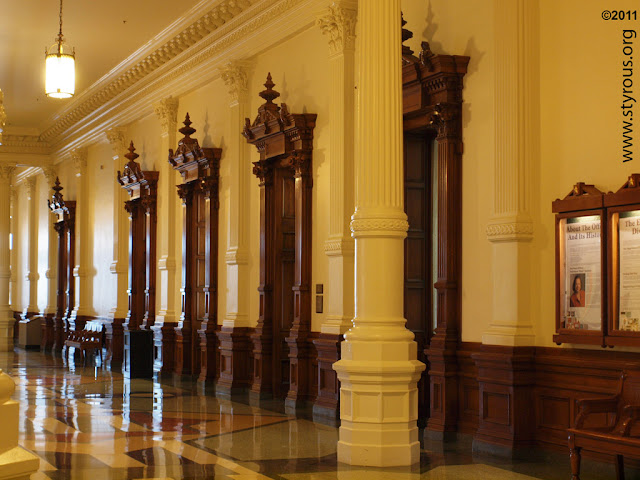 It has 392 rooms, the doorways of which are fantasies.
And there are lots of them!
photo by Styrous® 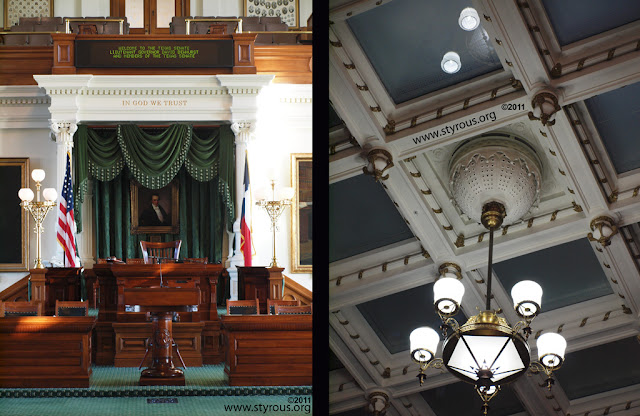 The senate chamber is the throne of power.
photos by Styrous®

Although the senate chamber is impressive, I couldn't help having a flash back to the desks of my early school days; although, my old desks weren't nearly as elegant as these. 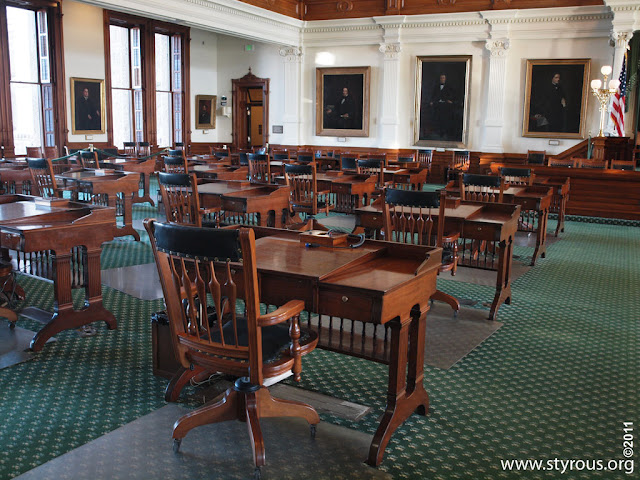 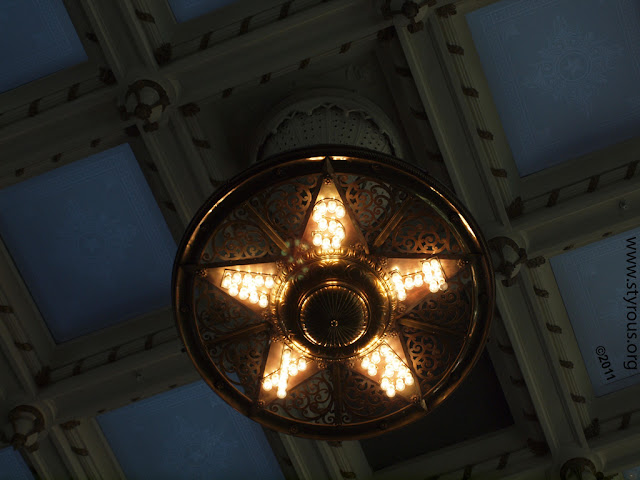 A couple of light fixtures in the senate chamber spell out,
what else? TEXAS.
photo by Styrous® 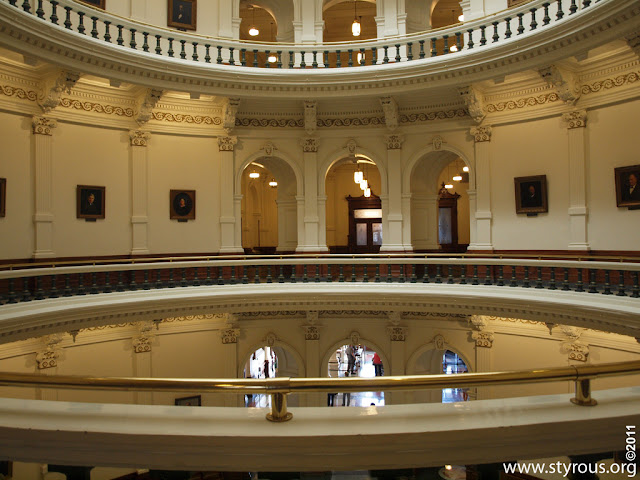 Looking across to the other side of an upper level of the rotunda.
photo by Styrous® 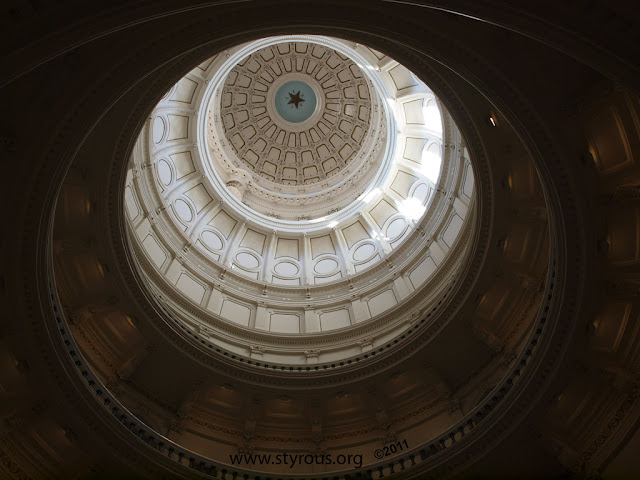 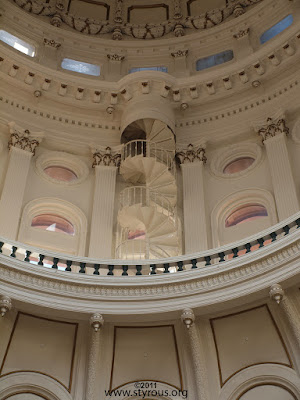 And from the very top of the dome . . .
photo by Styrous®

. . . you can look down on the main floor in the center of which is a Terrazo mosaic of the seal of Texas (yes, those are people walking around on it) with the six flags or nations that ruled Texas from 1519 to the present: Spain, France, Mexico, the Republic of Texas, the Confederate Texas & the present United States, in that order. 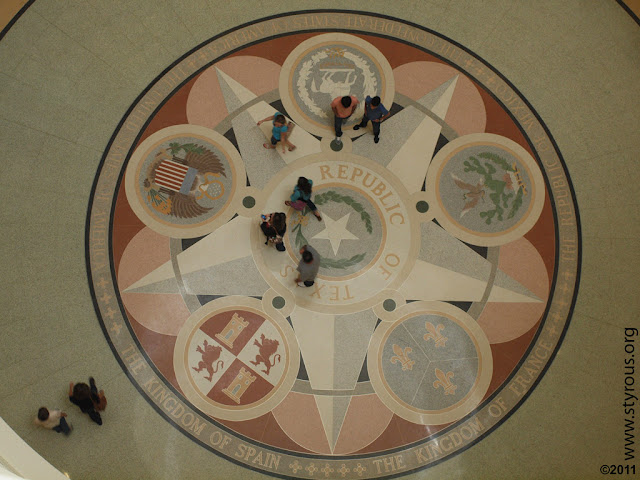 It is a truly awe inspiring building!