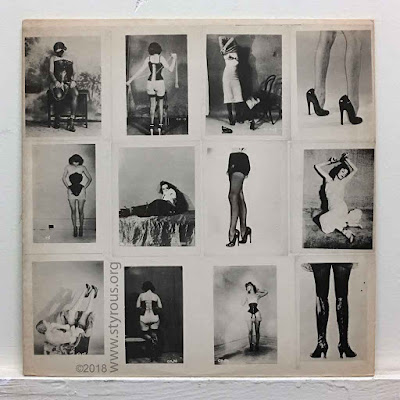 
Sometime in the early eighties my friend, Glen, gave me what became my favorite EP. It was titled, Hotel For Women by the new wave band The Nails. One of my favorite songs ever, 88 Lines About 44 Women, was one of the cuts on it (link below). The only other song that comes anywhere close to my liking as much is the quirky Underwear from the 1999 album, 69 Love Songs, by The Magnetic Fields. 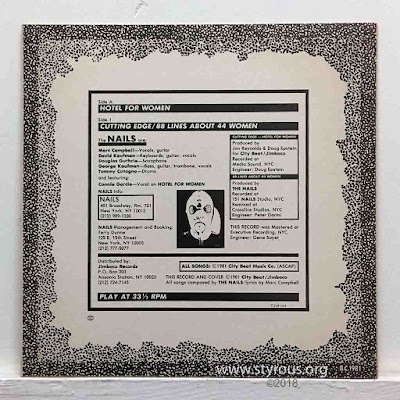 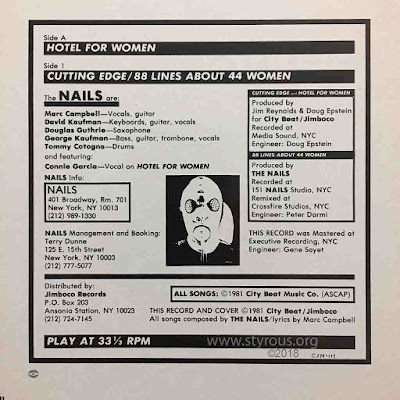 In 1977, the Ravers recorded an EP in Boulder with Screwball Records. The Ravers moved to New York in June 1977 and played the showcase clubs CBGB and Max's Kansas City. Shortly after arriving in NY, The Ravers changed their name to The Nails (there was a local band named Raver). A '45 with the band's original lineup was recorded in New York City in 1978. By mid-1978, Leis (now deceased), Cormany, and Freeman (now a medical school professor) had left the band. 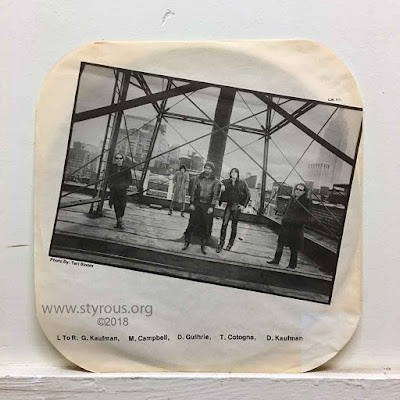 
By the late 1970s, The Nails had established themselves on the club circuit and were now composed of vocalist Marc Campbell, bassist George Kaufman, saxophonist Douglas Guthrie, drummer Mike Ratti (Dennis McDermott on Mood Swing), keyboardist Dave Kaufman, and guitarist Steve O'Rourke. Hotel for Women, an EP recorded in 1981, contained an early version of 88 Lines About 44 Women, a song that caught the attention of RCA. The Nails were signed to RCA by Bruce Harris, also known for bringing The Clash to America. In 1984 88 Lines was re-recorded for RCA and included on The Nails' full-length debut LP, Mood Swing. The song received regular airplay despite a number of double entendres and lyrical references to masturbation and sadomasochism. 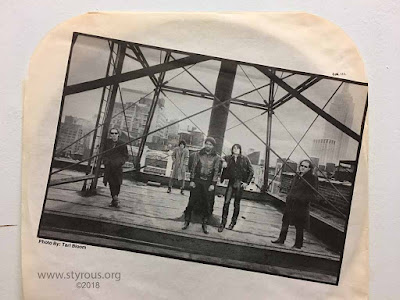 In 1988, the band reconvened (without Guthrie and Dave Kaufman) to record a third album, Corpus Christi, which was not released until 1993 and received little exposure. The Nails deny ever receiving any proceeds from this album, citing a rift with their former producer, claiming that he swindled them of their rights. They posted re-recordings of these songs on the late George Kaufman's site, along with the explanation of the dispute. They strongly discourage fans from purchasing the album, as they will never be compensated.


In 2007, the band licensed Mood Swing and Dangerous Dreams from RCA parent company Sony-BMG Entertainment and released these albums on compact disc for the first time.

Former lead singer Marc Campbell has an album, Tantric Machine released in 2014. In March 2009, bassist George Kaufman died of complications following heart surgery. He was survived by his wife, Sharla, and his children, Isabel and Michael Kaufman. 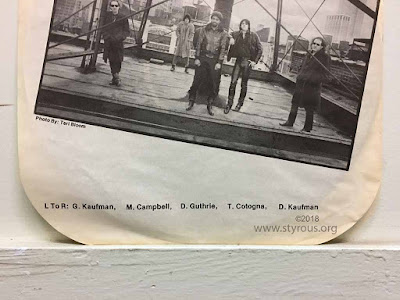 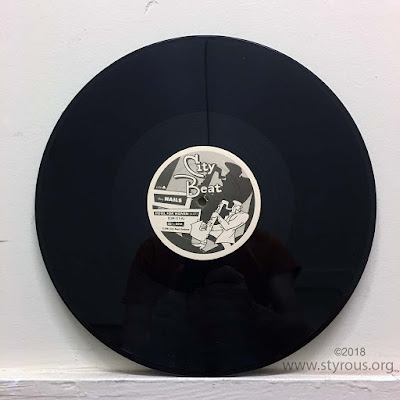 The Nails ~ Hotel for Women
vinyl EP, side A
photo by Styrous® 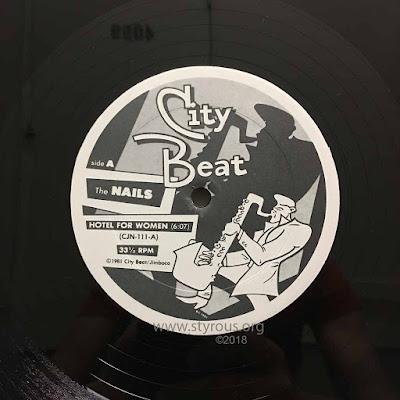 The Nails ~ Hotel for Women
vinyl EP label, side A
photo by Styrous® 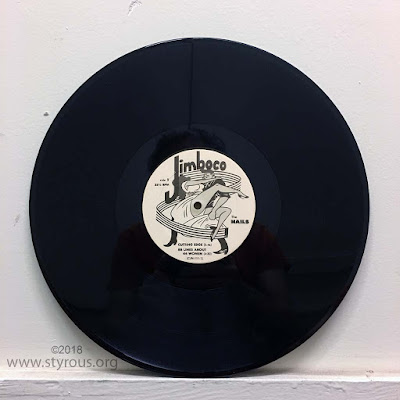 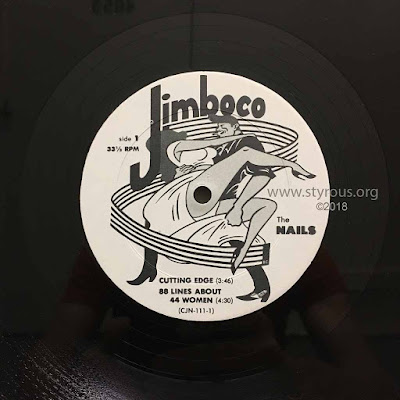 Labels and runoff grooves are labeled A side and side 1.

Contains the original version of "88 Lines About 44 Women".