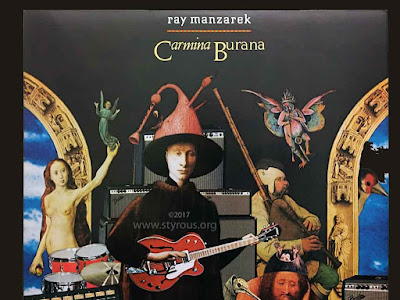 Today, July 10th, is the birthday of Carl Heinrich Maria Orff (German: [ˈkaɐ̯l ˈɔɐ̯f]). He was a German composer, best known for his cantata Carmina Burana which was based on a medieval collection of poems. I discovered Carmina when I was in college in the late 50's. It has been one of my favorite works of serious music ever since then.

In 1803 a scroll of medieval poems was discovered in the German province of Bavaria among the debris of the secularized monastery of Benedikt-Beuren ("BURANA").

These poems, written primarily in Latin, were determined to be the work of renegade monks and wandering poets of the 13th Century. Their words captured a lost world of rebels and dropouts of the medieval clergy; hard lovers, drinkers, on the move, celebrating existence rather than living the meditative, celibate, cloistered life of the monastery.

Carmina Burana is based on 24 poems from the medieval collection Carmina Burana. Its full Latin title is Carmina Burana: Cantiones profanæ cantoribus et choris cantandæ comitantibus instrumentis atque imaginibus magicis ("Songs of Beuern: Secular songs for singers and choruses to be sung together with instruments and magic images"). 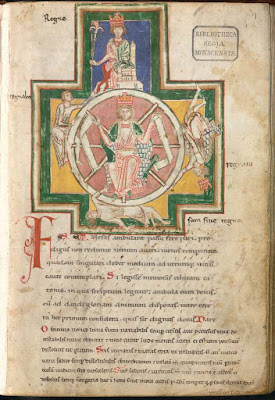 
In 1935 Carl Orff re-discovered the poems. Impressed with their meaning and rhythm he composed a cantata, Carmina Burana, utilizing the centuries old verses. He transformed the writings into invocations and profane chants accompanied by numerous instruments and magical representations.

These songs ("CARMINA") were divided into three primary sections: Springtime - the life force renewed; In the Tavern - drinking and gambling; The Court of Love - passion, sensuality. The sections are pervaded and framed by the Wheel of Fortune ("O Fortuna") perpetually turning, perpetually governing the course of man's existence. 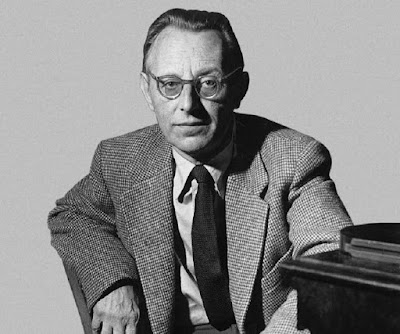 In 1983, Ray Manzarek grabbed Carmina by the throat, shook it up and spit out one of the most stellar transcriptions of it EVER! Attracted to the spiritual power of Carmina Burana, he chose to interpret the piece in a contemporary framework. This presentation intends to create enchanted pictures; to conjure up the ecstasy expressed by the lyrics, an enhanced intense feeling for life akin to the passions and revelry of the wandering poets of so long ago. 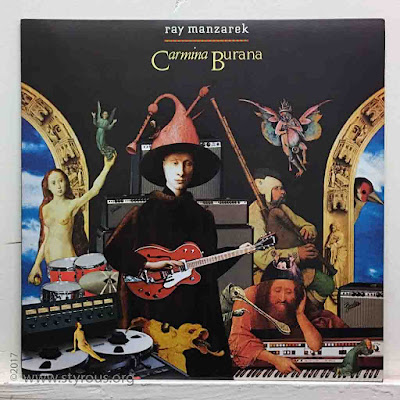 
Carmina Burana is part of Trionfi, a musical triptych that also includes Catulli Carmina and Trionfo di Afrodite. For more information, there is a version of Carmina conducted by Eugene Ormandy on the Viewfinder (link below).

But this is in no way a traditional rendition of the work, far from it. Ray Manzarek has taken the work from the traditional version to the heights of hard rock and beyond. 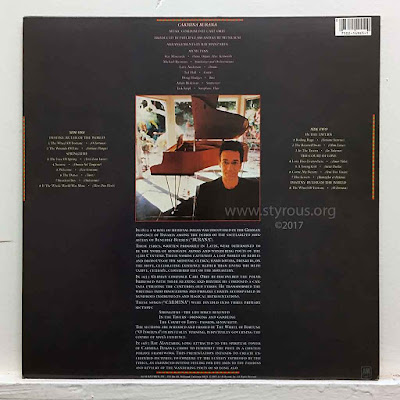 
This is the third solo album by Ray Manzarek; It was produced by Kurt Munkacsi and Philip Glass. In addition to being a renowned Western-classical-music producer, having worked with many avant-garde composers such as Charlemagne Palestine, Munkacsi has been the person primarily responsible for the sound of Philip Glass's recorded work. 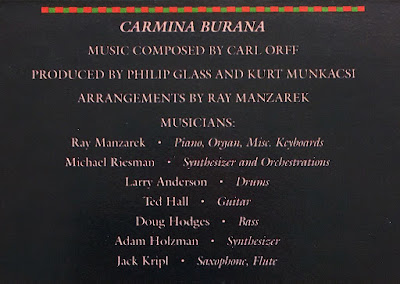 The cover art features a photo-montage of illustrations by Hieronymus Bosch (spelled on original release as Hieronymus Beach) and modern items like guitar, drums, reel-to-reel and keyboards. Cover design by Lynn Robb. 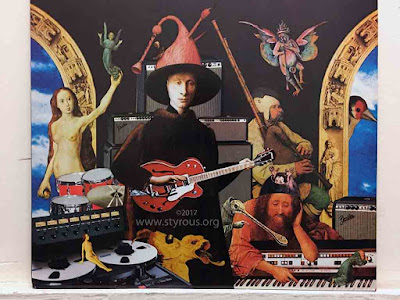 There isn't a single track from the album I don't like but as usual, I have a favorite. In this case it is The Roasted Swan (link below). It is slow and dreamy with a languid, mournful but intensely beautiful sax, played by Jack Kripl, replacing the tenor in the original orchestral work. It suddenly erupts into a timpani-pounding, hard-rock beat accompanied by an all-male chorus and organ that  builds into a whopper of an ending! 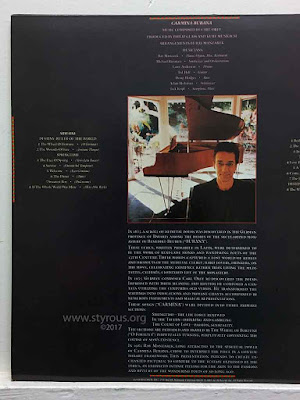 
The Face of Spring is a marvelous song. It starts off with a fast, tinkly piano intro, that erupts into a very slow but determined, hard rock beat which is joined by the chorus in three quarter time. It is vigorous and dreamy while it rocks out from time to time until near the end when it erupts once more into a faster tempo that ends abruptly. 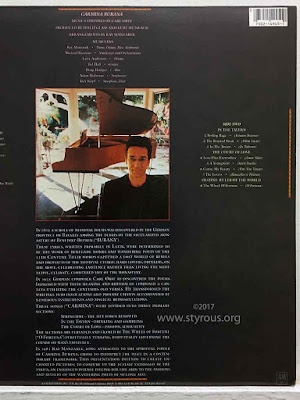 Boiling Rage (Estuans Interius) is just that. It is the complete opposite of The Face of Spring. It is fast, bouncy with full chorus in hard rock conjunction with the group.

In 1934, Orff encountered the 1847 edition of the Carmina Burana by Johann Andreas Schmeller, the original text dating mostly from the 11th or 12th century, including some from the 13th century. Michel Hofmann (de), then a young law student and Latin and Greek enthusiast, assisted Orff in the selection and organization of 24 of these poems into a libretto, mostly in Latin verse, with a small amount of Middle High German and Old Provençal. The selection covers a wide range of topics, as familiar in the 13th century as they are in the 21st century: the fickleness of fortune and wealth, the ephemeral nature of life, the joy of the return of Spring, and the pleasures and perils of drinking, gluttony, gambling and lust. 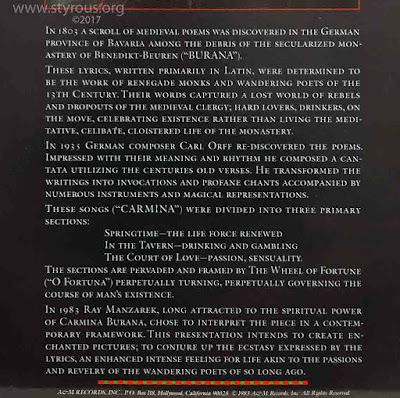 
Orff was born in Munich on 10 July 1895. His family was Bavarian and was active in the Army of the German Empire. His paternal grandfather was a Jew who converted to Catholicism.

In addition to his career as a composer, Orff developed an influential approach toward music education for children. In 1924 Dorothee Günther (de) and Orff founded the Günther School for gymnastics, music, and dance in Munich. Orff was there as the head of a department from 1925 until the end of his life, and he worked with musical beginners. There he developed his theories of music education, having constant contact with children. In 1930, Orff published a manual titled Schulwerk, in which he shares his method of conducting. Before writing Carmina Burana, he also edited 17th-century operas.


In the mid-1920s, Orff began to formulate a concept he called elementare Musik, or elemental music, which was based on the unity of the arts symbolized by the ancient Greek Muses, and involved tone, dance, poetry, image, design, and theatrical gesture. Like many other composers of the time, he was influenced by the Russian-French émigré Igor Stravinsky. He also began adapting musical works of earlier eras for contemporary theatrical presentation. 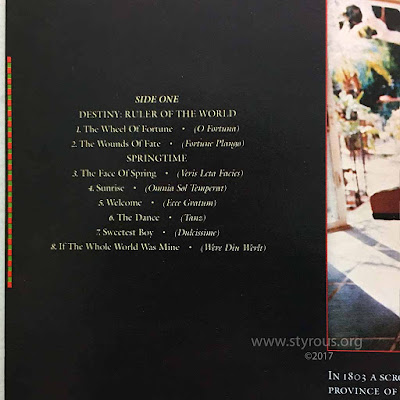 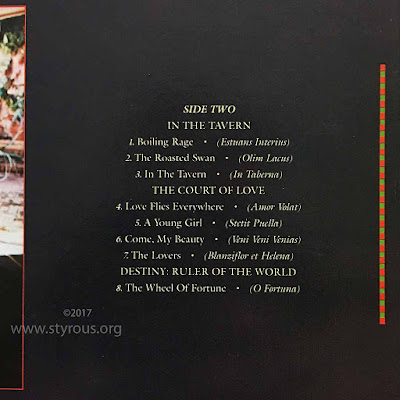 
Carmina Burana was hugely popular in Nazi Germany after its premiere in Frankfurt in 1937. Given Orff's previous lack of commercial success, the monetary factor of acclaim for Carmina Burana was significant to him. But the composition, with its unfamiliar rhythms, was also denounced with racist taunts.

Orff's assertion that he had been anti-Nazi during the war was accepted by the American denazification authorities, who changed his previous category of "gray unacceptable" to "gray acceptable", enabling him to continue to compose for public presentation, and to enjoy the royalties that the popularity of Carmina Burana had earned for him. 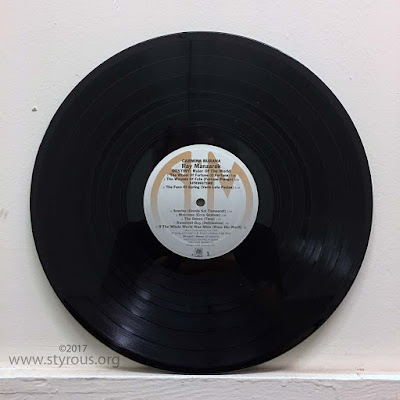 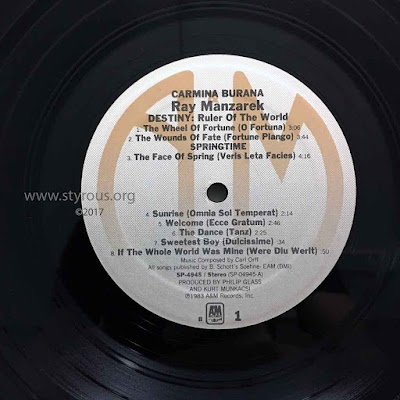 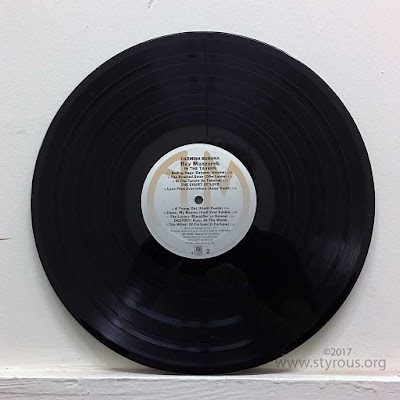 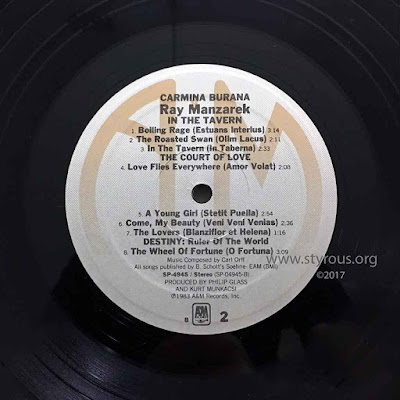 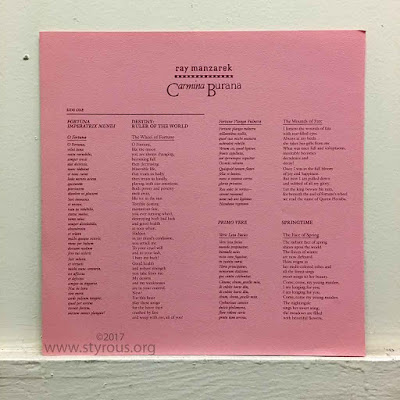 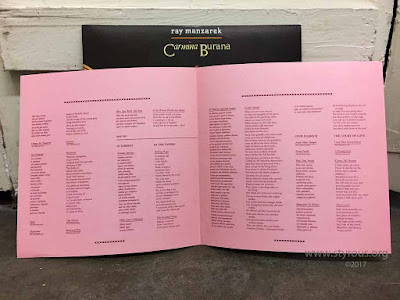 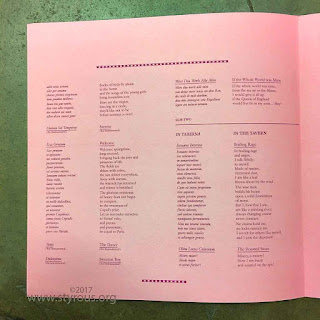 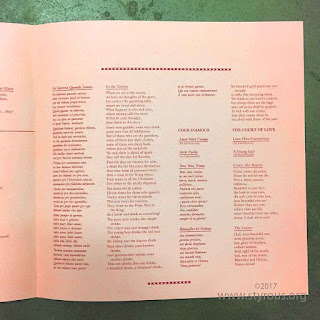 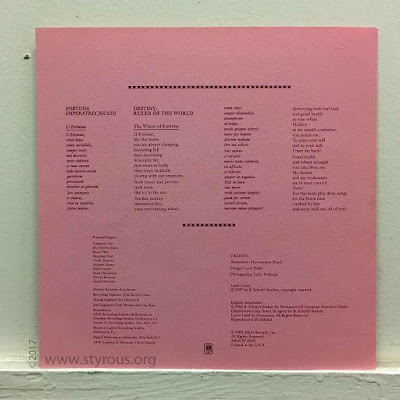 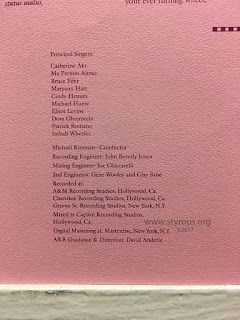 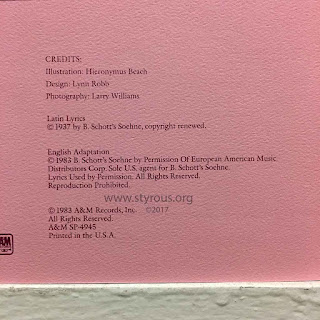 Orff was an observant and active Roman Catholic. He died of cancer in Munich in 1982 at the age of 86. He had lived through four epochs: the German Empire, the Weimar Republic, Nazi Germany and the post World War II West German Bundesrepublik. Orff was buried in the Baroque church of the beer-brewing Benedictine priory of Andechs, south of Munich.

Destiny: Ruler Of The World

The Court Of Love

Destiny: Ruler Of The World


Carl would have been ecstatic about the album!
Happy Birthday!