Carol Channing died this morning; once again, it was a shock to me to realize that one of my idols was not going to live forever!


My first awareness of her was in the late fifties with this recording, archy and mehitabel - a back-alley opera. 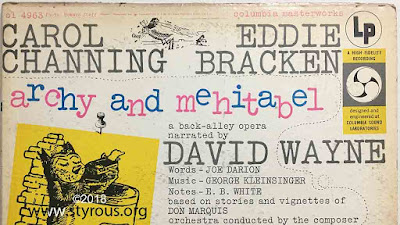 archy and mehitabel - a back-alley opera, began in 1954 as a Columbia Records concept album with Marquis' original title, featuring Eddie Bracken, Carol Channing, and David Wayne. The use of lower case for the names is intentional as the character, archy, is a cockroach who can only type one letter at a time by jumping from the top of the typwriter to the key typing one letter at a time; forget using the shift key for capital letters. 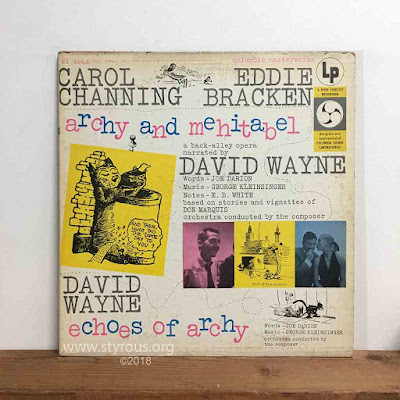 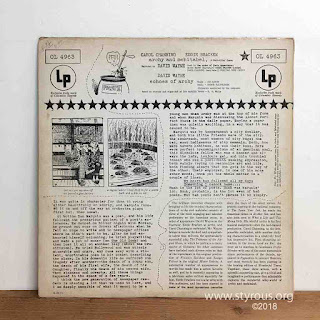 archy and mehitabel are the names of two fictional characters created in 1916, by Don Marquis, a columnist for The Evening Sun newspaper in New York City. Archy, a cockroach, and Mehitabel, an alley cat, appeared in hundreds of humorous verses and short stories in Marquis’ daily column, "The Sun Dial". Their exploits were first collected in the 1927 book archy and mehitabel, which remains in print today, and in two later volumes, archys life of mehitabel (1933) and archy does his part (1935). Many editions are recognized by their iconic illustrations by George Herriman, the creator of Krazy Kat.

Channing is at the beginning of her career; she is young, pretty and delightful as the ever upbeat (usually), frivolous and forever optimistic, Mehitabel; her leit motif is,”toujour gai”, always happy! Which she sings several times, even when things are not really so very  happy! 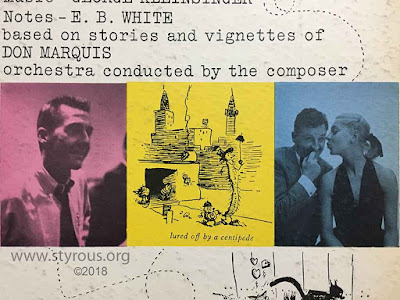 
A musical version, this recording, of the Archy and Mehitabel materials was recorded July 7, 1953 and April 9, 1954, entitled archy and mehitabel with Carol Channing as Mehitabel and Eddie Bracken as Archy, and narrated by David Wayne, with Percival Dove as Bill, the fierce tomcat. It was followed by echoes of archy, narrated by David Wayne, recorded August 31, 1954. The credits read: Words - Joe Darion, Music - George Kleinsinger. It was originally released as Columbia Masterworks ML 4963 in 1955. 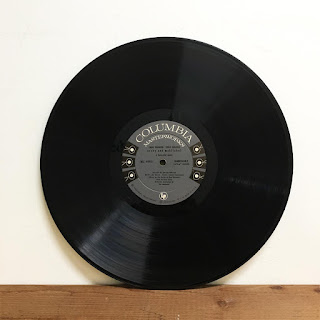 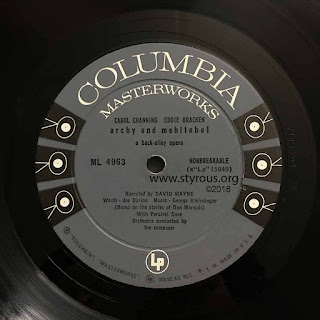 The opera is recorded on one side, with a sequel, Echoes Of Archy, was recorded on side 2. It tells the tale of life after archy has gone. 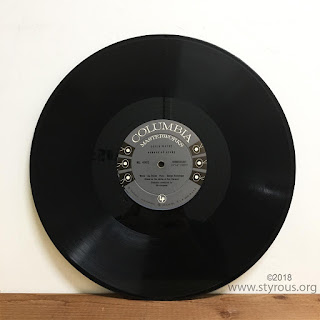 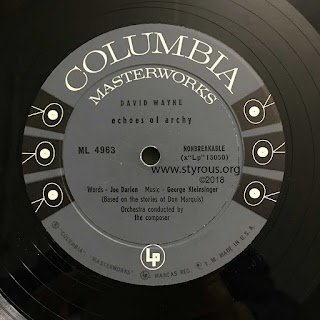 That same year a concert version was presented by the Little Orchestra Society at The Town Hall in New York City. With an expanded book, the addition of several lengthy ballet sequences, and a cast of animal characters, the rechristened Shinbone Alley preceded Cats by a couple of decades and was a precursor of the far more successful Andrew Lloyd Webber hit. It was one of the first Broadway shows to feature a fully integrated cast. 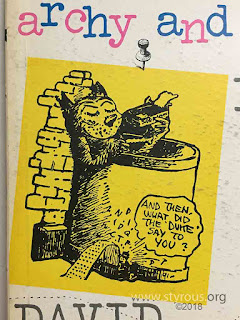 On May 16, 1960, an abridged version of the musical was broadcast under the original title archy & mehitabel as part of the syndicated TV anthology series Play of the Week presented by David Susskind. The cast included Bracken, Tammy Grimes, and Jules Munshin.

The story was made into an animated film musical in 1970, entitled, Shinbone Alley (link below),  about a suicidal poet Archy (Eddie Bracken) who tries to end his life by jumping off a bridge, but awakens to find he has assumed the life of a cockroach and has become a part of a community of creatures living in a newspaper office. He also discovers that he can still write poetry, using a typewriter, and begins to enjoy his new life. Archy develops deep feelings for the lovely but self-destructive cat Mehitabel (Carol Channing), but will have to fight to win her from bad-boy tomcat Bill (Alan Reed, who was later to become, Fred Flintstone).

A     Archy And Mehitabel - A Back-Alley Opera

Notes
"From the book, the lives and times of archy and mehitabel, by Don Marquis"

Title styled entirely in lowercase on album.
Barcode and Other Identifiers

Carol Channing died on January 15, 2019, of natural causes at her home in Rancho Mirage, California, sixteen days shy of her 98th birthday and a day before the 55th anniversary of the opening of Hello, Dolly! 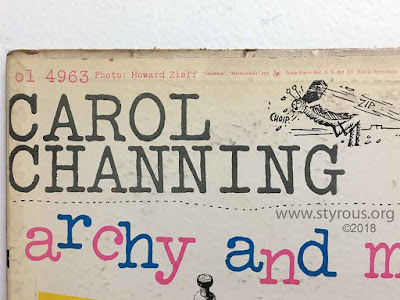