Ecotopia: The Installations of Celeste Connor 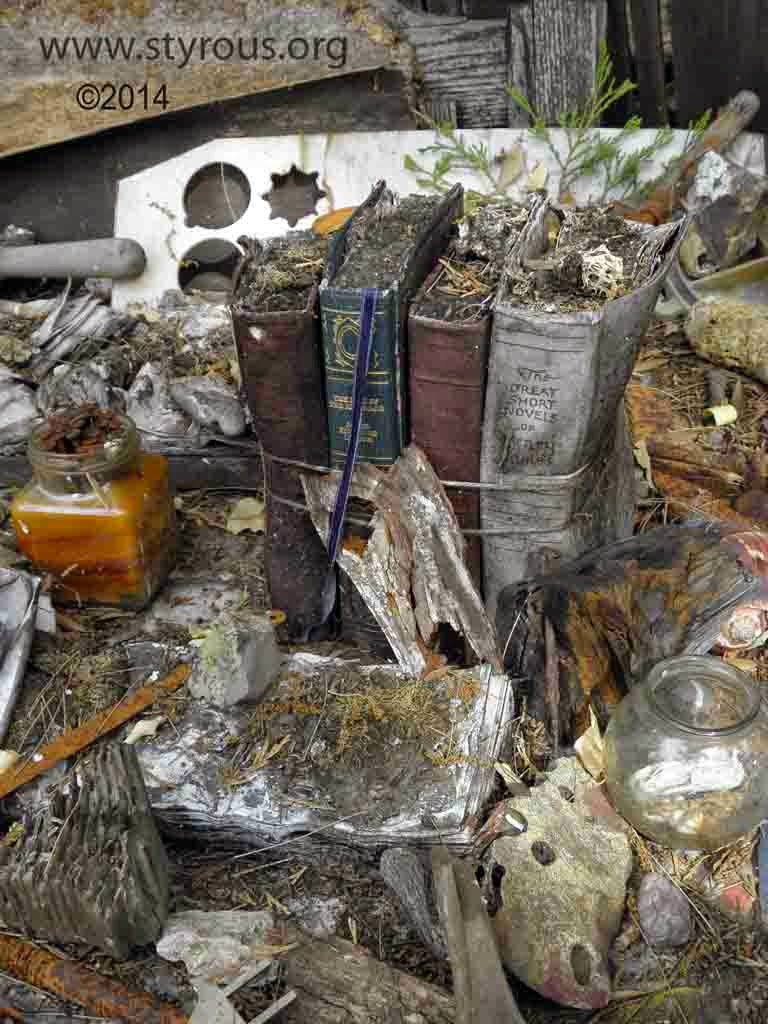 Installations by Celeste Connor inspired by the novel, "Ecotopia: Notebooks and Reports of William Weston"
by Ernest Callenbach

Link to the Ecotopian Archive/East: Exteriors
(located in Walnut Creek on the border of The Open Space Regional Park)

Link to the Ecotopian Archive/West: Interiors
(located in Temescal District of Oakland, CA)

Sick and tired of the haste and hyper-mediation of the present Anthropocene era? (The geologic term for the epoch that began when human activities started to have a significant, global, impact of the Earthʼs ecosystems.) Try on the post-apocalyptic future! The two-part installation called, “The Ecotopian Archive”, documented here, provides a portal to 2084 to witness the results of the Great Earth Cataclysm of 2077.

The Ecotopian Archive, by Celeste Connor, is a portable, expanding, installation-in-process in the Temescal District of Oakland, California at the heart of Oakland Art Murmur. Along with its outdoor Eastern section in Walnut Creek on the border of The Open Space Regional Parkland (links to both archives above and at the end), the visual work uses Ernest Callenbach's 1975 novel, “Ecotopia”, as its libretto. Themes of feminist statehood and collective quests for a sustainable future are appropriated from the prescient novel by Callenbach, an early Earth advocate and founding editor of Berkeley Film Review.

Artists often look to the past for inspiration. The current popularity of thrift stores, collecting of memorabilia, the intrigue of sidewalk shopping, and even the revival of scrapbooking (as well as the increasing number of museums and memorials being built) attest to our culture's obsession with "memory". Not the Proustian kind; but the communal variety.

But what about a memory of the future? In recent years visual artists have created archives and collections as part of their creative practice. What kinds of stories are being preserved? Which stories are being omitted? An archive can be a powerful force of subversion; a portal between an unfinished past and a reopened future.

Philosophical notions of transformed futures have a long, venerable history in the West. Early schemes were memorably drafted by communitarian thinker Saint Thomas Moore, artist and designer William Morris, socialist-sufferagist Charlotte Perkins Gilman; later ones were crafted by artist members of liberationist movements of the 1970's. The alternative future is the pivot around which Connorʼs 3-D collection of toss-away Things gyrate.

Connorʼs work, at heart--like that of her historical predecessors--is an act of social criticism. And, like Callenbachʼs, it is directed pointedly at Americaʼs role in instigating and exporting wasteful and unsustainable ways of living. What distinguishes Connorʼs critique is its intense visuality and vital materiality, its humor and optimism. What The Ecotopian Archive adds to the vocabulary of The Just Society is a quite literal experience of the archeological remains of one.


The premise of the Archive

The 3-D, assemblage, “Ecotopian Archive,” embodies evidence of a woman-led nation, an evolved and sustainable state called Ecotopia, that seceded from the United States in 1980 when Reagan was elected President. Now, in the Gregorian Calendar year 2084, Earth has outlasted the devastating, global cataclysm of 2077. That small portion of planet Earth formerly known as “America” (and most of its living habitats) were vaporized by ceaseless firestorms, volcanic flows, and eruptions of hyper-geysers. Ecotopians survived; but most migrated off-planet. Connor’s comic, post-apocalyptic visual work includes rare Ecotopian video recordings, diverse archeological finds collected by those Ecotopians who volunteered to remain behind to tend Earth’s recuperation for the return of their Neotopian descendents. The Archive they assemble is a unique collection of trans-categorizable Things (Dings) gleaned from the detritus of the U.S and pre-cataclysm Ecotopian societies. Visitors are welcomed to examine the evidence with care and draw their own conclusions. 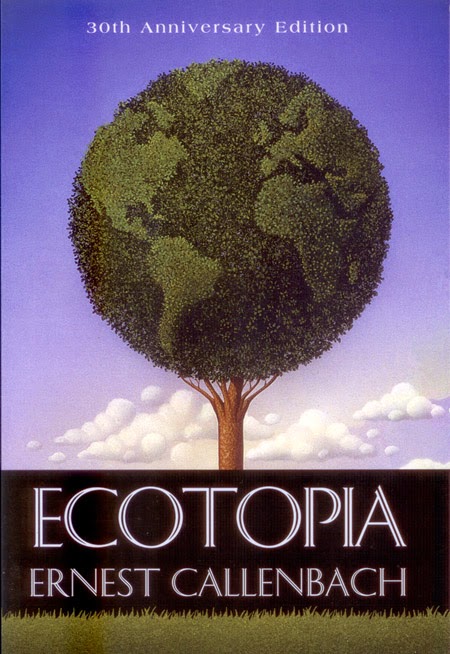 Link to the Ecotopian Archive/East: Exteriors
(located in Walnut Creek on the border of The Open Space Regional Park)

Link to the Ecotopian Archive/West: Interiors
(located in Temescal District of Oakland, CA)

Celeste Connor interviewed by Alisa Golden
Ernest Callenbach website
video of the President of the State of Ecotopia, welcoming her post-cataclysmic citizens back to Earth on Vimeo

The Archive is open to the public by appointment only.
for info: rrosaseconda@gmail.com