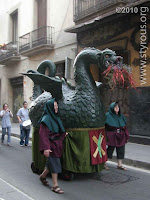 One day in mid-July of 2010, when I was living in El Raval in Barcelona, I walked out of my apartment on Carrer del Carme on my way to the Carrerfour (a huge supermarket chain). To my utter amazement there was a procession of the most fantastic creatures I had ever seen going down the street. I had no idea what they were or what they represented. I stood there frozen for all of two seconds, whipped out my camera and started shooting.

The amazing creatures wandered down Carme then turned the corner and went up Carrer d'en Xuclà. Well, I was flabbergasted! After they had passed (I didn't want to waste time talking instead of taking photos when I had the chance), I asked a man in the street what it was all about but my Spanish at the time was pretty lame, besides, I think he told me what it was about in Catalan. I did get the impression it had something to do with "giants" (pretty obvious) but not much more. It was only two months later that I found out about els gegants de Barcelona. See what I discovered in the links below. 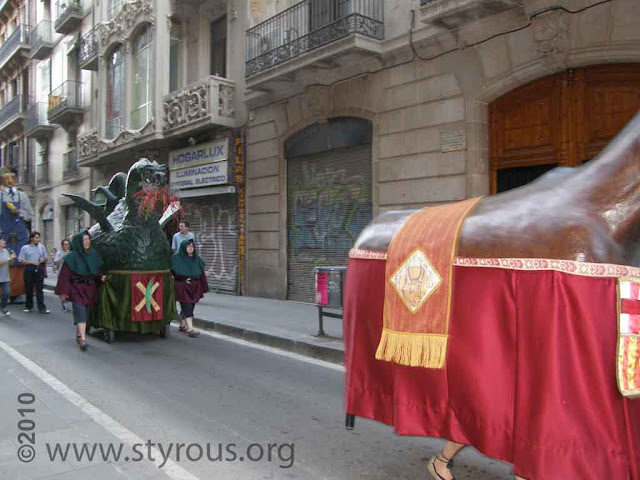 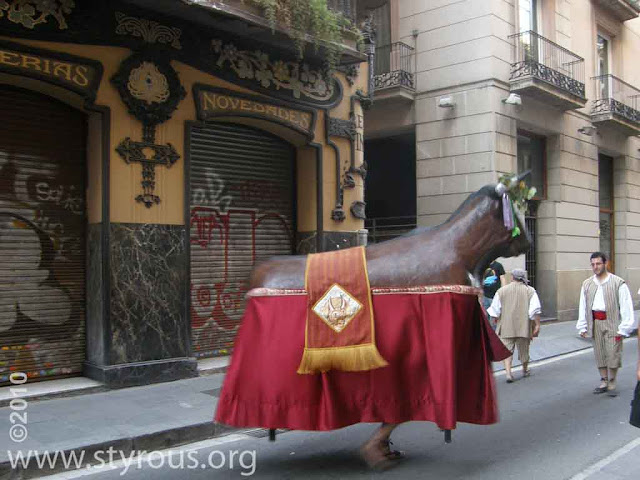 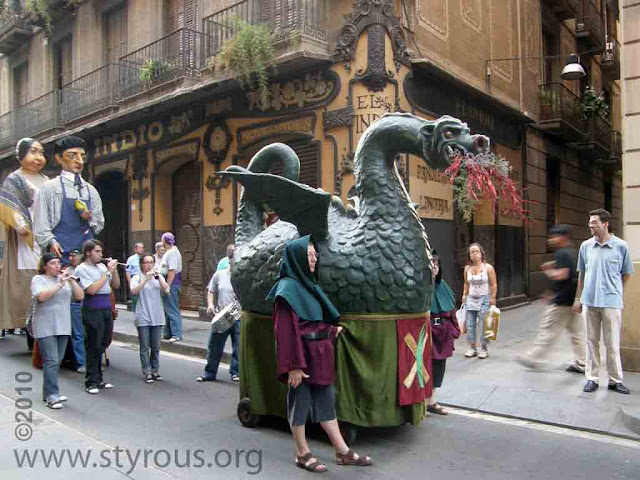 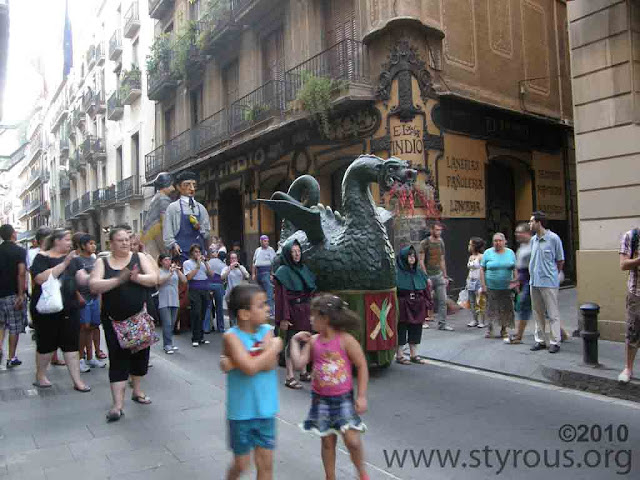 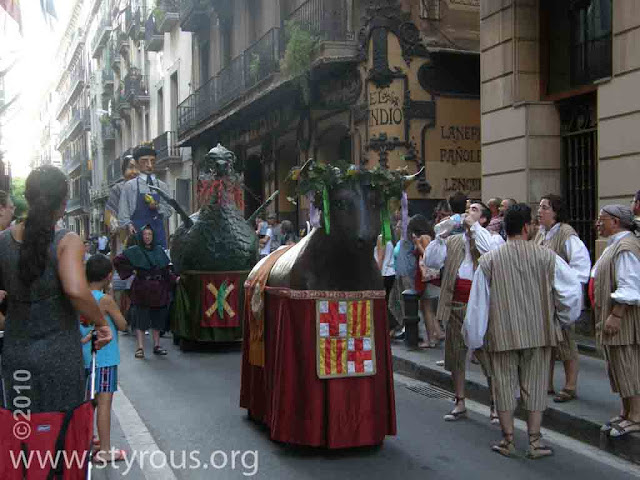 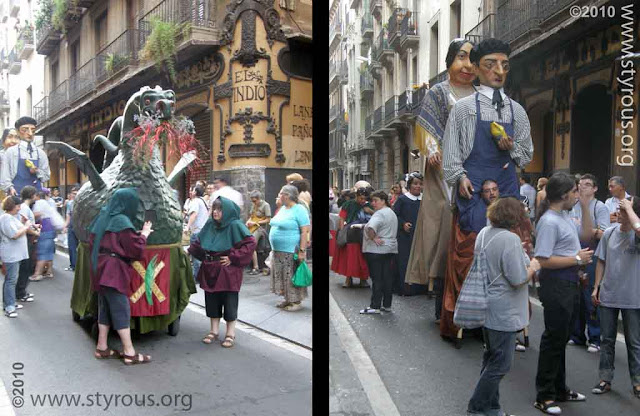 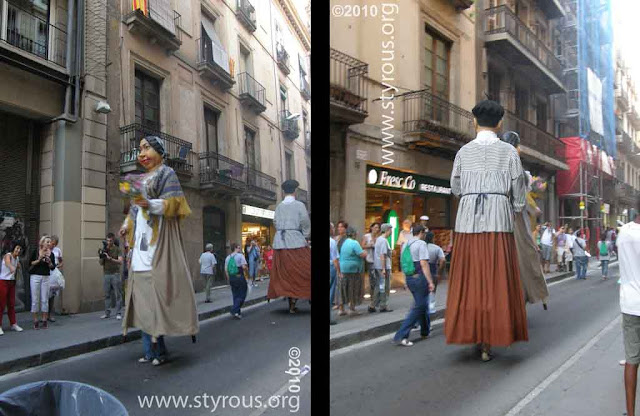 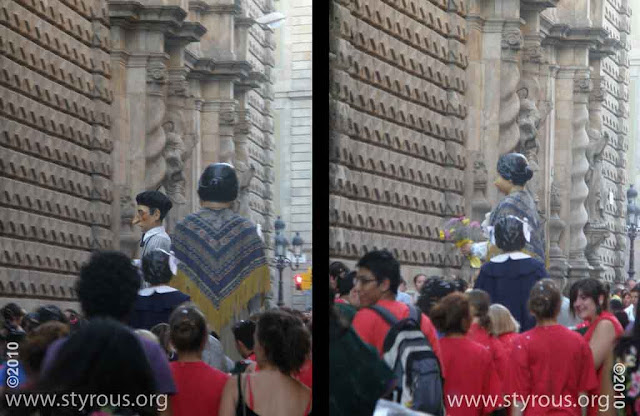