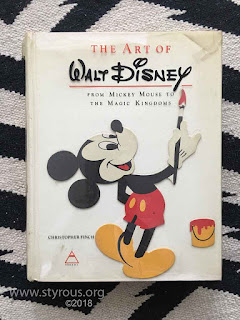 
Mickey Mouse is 90 years old today; he was born on November 18, 1928. Mickey first appeared in a screen test of the American animated short film, Plane Crazy, directed by Walt Disney and Ub Iwerks but debuted publicly in the short film Steamboat Willie (1928), one of the first sound cartoons. He went on to appear in over 130 films, including The Band Concert (1935), Brave Little Tailor (1938), and Fantasia (1940). 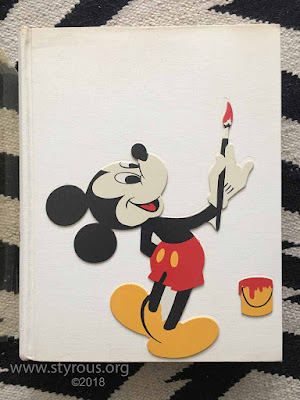 Mickey was in over 130 films, including The Band Concert (1935), Brave Little Tailor (1938), and Fantasia (1940) (link below). Mickey appeared primarily in short films, but also occasionally in feature-length films. Ten of Mickey's cartoons were nominated for the Academy Award for Best Animated Short Film, one of which, Lend a Paw, won the award in 1942. In 1978, Mickey became the first cartoon character to have a star on the Hollywood Walk of Fame. 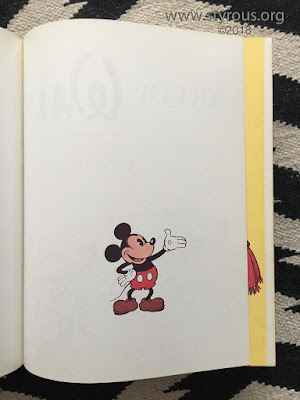 
Beginning in 1930, Mickey has also been featured extensively as a comic strip character. His self-titled newspaper strip, drawn primarily by Floyd Gottfredson, ran for 45 years. Mickey has also appeared in comic books such as Disney Italy's Topolino, MM Mickey Mouse Mystery Magazine, and Wizards of Mickey, and in television series such as The Mickey Mouse Club (1955–1996) and others. He also appears in other media such as video games as well as merchandising and is a meetable character at the Disney parks. 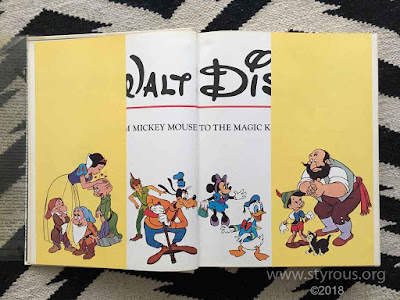 
From 1928 onward, Mickey was voiced by Walt Disney (link below) himself, a task in which Disney took great personal pride. However, by 1946, Disney was becoming too busy with running the studio to do regular voice work which meant he could not do Mickey's voice on a regular basis anymore. It is also speculated that his cigarette habit had damaged his voice over the years. After recording the Mickey and the Beanstalk section of Fun and Fancy Free, Mickey's voice was handed over to veteran Disney musician and actor Jimmy MacDonald. MacDonald voiced Mickey in the remainder of the theatrical shorts and for various television and publicity projects up until his retirement in 1977. 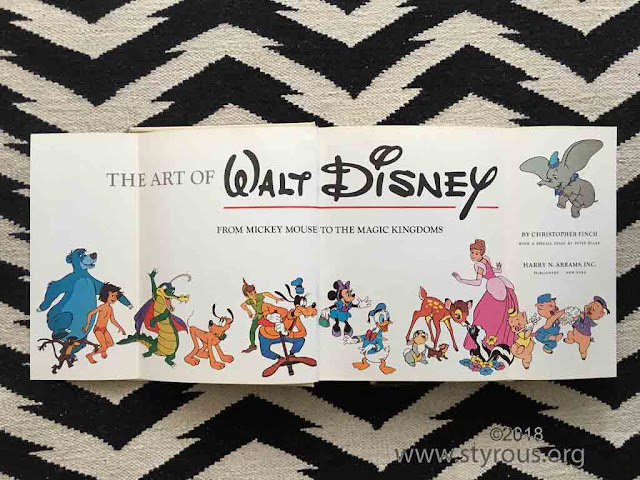 Originally published in 1973, the book by Christopher Finch, The Art of Walt Disney, is about the innovations of Walt Disney. This is the original 1973 edition with the image of Mickey Mouse in bold relief on the cover. 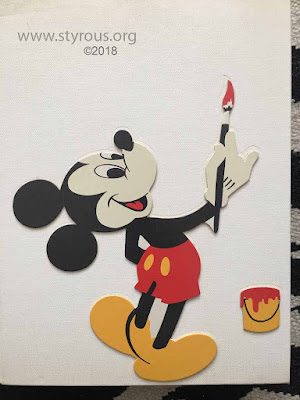 
Beginning in 1930, Mickey has also been featured extensively as a comic strip character. His self-titled newspaper strip, drawn primarily by Floyd Gottfredson, ran for 45 years. 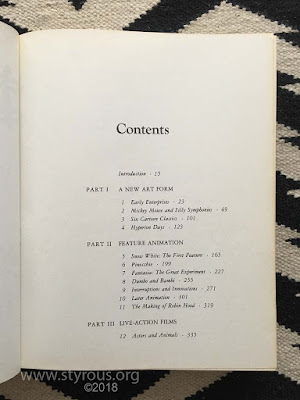 The Art of Walt Disney - contents page
photo by Styrous®

He was in the television series the Mickey Mouse Club which ran from 1955 to 1959 on the ABC network. It was hosted by Jimmie Dodd, a songwriter and the Head Mouseketeer. The main cast members were called Mouseketeers, and they performed in a variety of musical and dance numbers, as well as some informational segments. The most popular of the Mouseketeers comprised the so-called Red Team, who were kept under contract for the entire run of the show (1955-1959), consisted of the following:
Annette Funicello, the most famous of the Mouseketeers, went on to a movie career that included the "Beach Party" genre (link below) with co-star Frankie Avalon and a successful career as a singer (link below) during the mid-1960s. Funicello was diagnosed with multiple sclerosis in 1992 and died of complications from the disease on April 8, 2013. 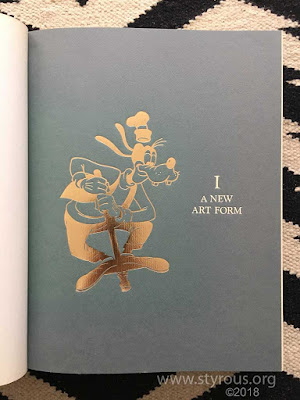 The Mickey Mouse Club was revived from 1977–1979 and 1989–1996 in varying guises and titles. Mickey Mouse himself appeared in every show not only in vintage cartoons originally made for theatrical release but in opening, interstitial, and closing segments made especially for the show. In both the vintage cartoons and new animated segments, Mickey was voiced by his creator Walt Disney. 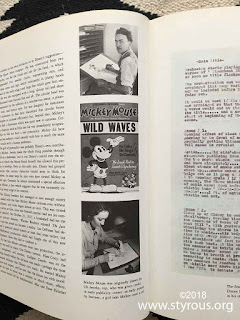 Walter Elias Disney (/ˈdɪzni/) was born on December 5, 1901, in Chicago, Illinois. He took art classes as a boy and got a job as a commercial illustrator at the age of 18. He moved to California in the early 1920s and set up the Disney Brothers Studio with his brother Roy. 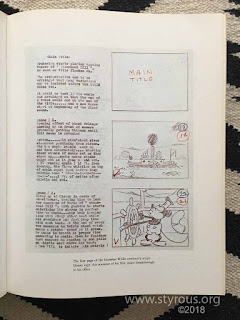 In 1955, Disney opened Disneyland in Anaheim, California, He was also involved in planning the 1959 Moscow Fair, the 1960 Winter Olympics, and the 1964 New York World's Fair. In 1965 he began development of Disney World, which opened on October 1, 1971, in Bay Lake and Lake Buena Vista, Florida. Walt Disney World is the most visited vacation resort in the world, with average annual attendance of more than 52 million people.

Disney was a heavy smoker and In November of 1966, he was diagnosed with lung cancer and was treated with cobalt therapy. He died of circulatory collapse caused by the cancer on December 15, 1966. 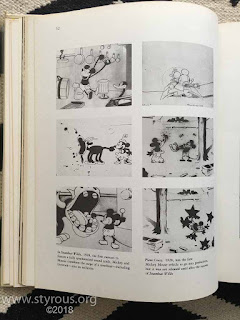 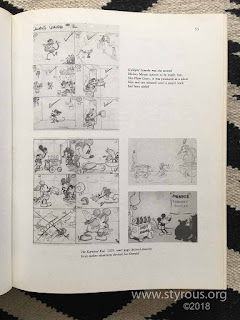 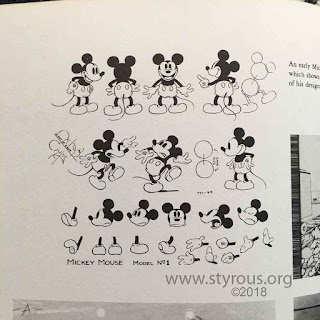 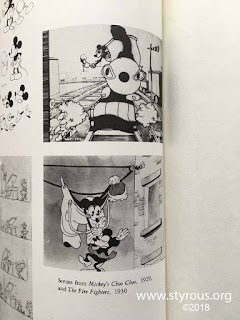 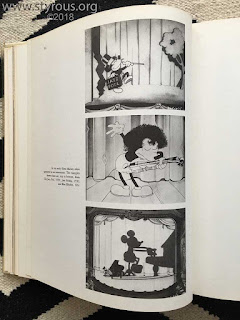 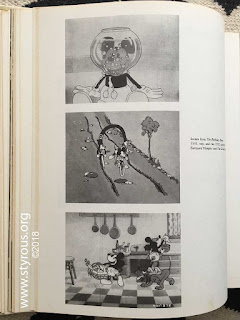 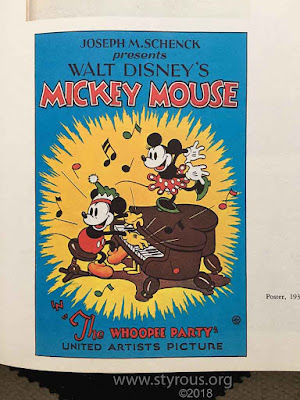 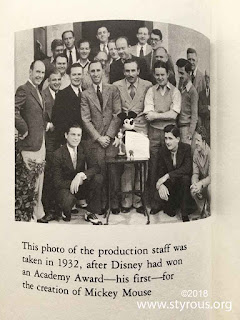 Mickey Mouse has been celebrated all over the world, from France to the former Soviet Union. 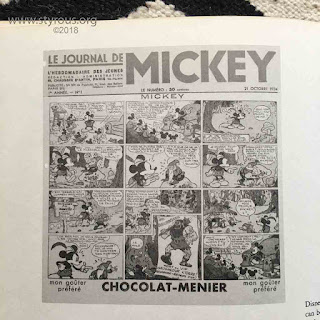 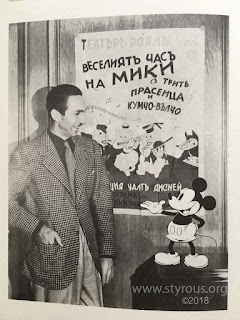 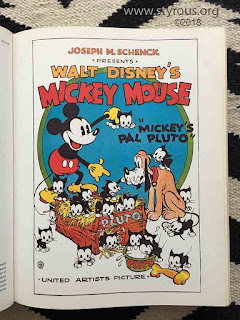 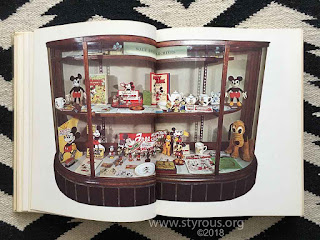