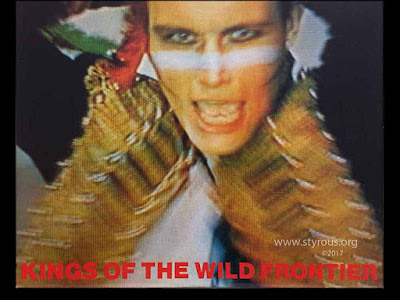 
Today, November 3, is the birthday of Stuart Leslie Goddard who was born in 1954, in Marylebone, London. He is better known as Adam Ant, an English singer and musician who gained popularity as the lead singer of the new wave group, Adam and the Ants. 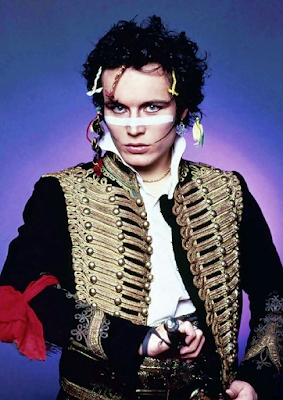 I discovered the Kings album late in 1980 and was blown away by some of the songs. From the first one, Kings of the Wild Frontier, with its Burundi beat and off-key sounding guitar, it peaked my interest. 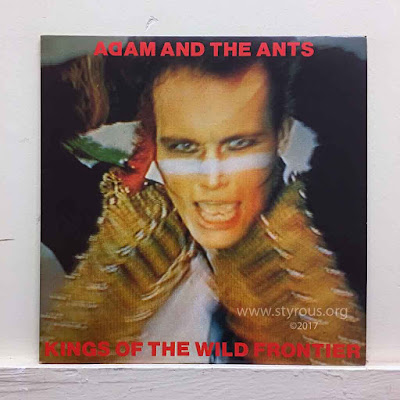 The Human Beings, my favorite song on the album, is a very special work. Hi-hats and a quiet bass guitar, played by Gary Tibbs, slowly fade up then are joined by drums that have an American Indian tom-tom throb. The song goes into a moderately fast but determined march beat then along comes the quirky, off key vocal by Adam Ant. The song quiets down at the end as the bass guitar takes over once more then fades out. It is a terrific dance song! (link below)

The Ants Invasion opens with a sound I had never heard before. It has a guitar intro, played by Marco Pirroni, an ex-member of Siouxsie and the Banshees, that reminds me of a siren. It goes into a driving, savage, syncopated Burundi beat, performed by Terry Lee Miall and Chris "Merrick" Hughes,  with an echoey, 007-like guitar overriding the whole thing (link below). Really nice!

Dog Eat Dog fades up with a FAST, driving, Burundi drum beat (again). It roars along with the speed of a sonic jet gone awry. The guys do some great, non-verbal back up that is WAY cool and the 007 guitar appears again (link below)!

Physical (You're So) plods along at a VERY slow almost sleepy tempo; however, the driving rock leaves no room for sleeping. The guitar work by Marco Pirroni is fantastic! I like this song a lot (link below)!

Killer in the Home is a bit faster and reflects that sleepy tempo augmented by the echoey guitar of Pirroni once more. There's some really great work by the group in this tune (link below)! 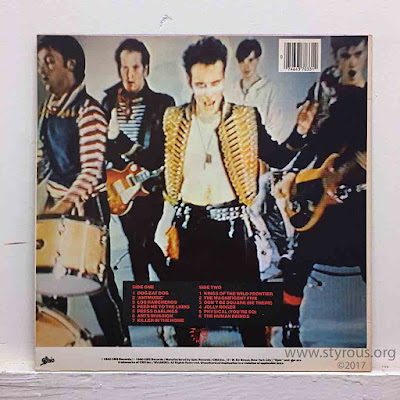 The album has an edgy, post-punk sound with a smooth new wave sophistication that snagged me immediately. I fell in love with it and searched out other work by the Ants. I found Dirk Wears White Sox (link below) which had been issued the previous year and liked it as well. The group issued another album, Prince Charming, the following year, however, for me it didn't measure up to Kings nor Dirk; I was disappointed with it and lost interest in the group. 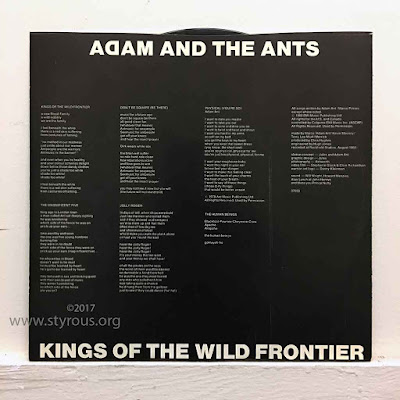 There were three hit singles from Kings including Dog Eat Dog (reaching No. 4 on the UK singles charts in October 1980), Antmusic (No. 2 in January 1981 – only kept off top spot by the murder of John Lennon), whereby Antmusic went to No. 1 in Australia, and Kings of the Wild Frontier (No. 2 in March 1981, previously No. 48 in August 1980). In addition, Antmusic made it to No. 1 in Australia for five weeks.

Kings of the Wild Frontier is included in the book, 1001 Albums You Must Hear Before You Die. It is also one of twenty CDs in the Great British Albums box set released by Sony Records in 2012. 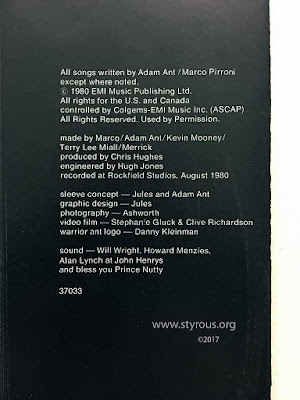 After a 15 year break, Adam Ant has begun a comeback with his “Anthems” tour which began in the UK at the beginning of this year and continued in the US in March. I'm interested to hear the new sound of the group.

An interview with Adam Ant by Simon Price, the British music journalist and author reveals much about the Ant personality (link below). 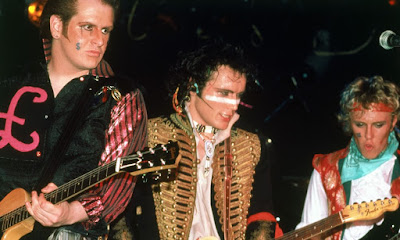 Marco Pirroni, Adam Ant & Gary Tibbs
photo: Alamy Ltd.
Originally, The Ants were signed to Decca Records but unable to satisfactorily market the band, Decca let them go in early 1979. It was during this period that they recorded the albums for Do It. Without major label support, the band carried out a major UK "Ants Invasion" tour, at the end of which, they signed a major label deal with CBS Records and began recording Kings of the Wild Frontier, having first rush-released the title track as a single. That album was a hit in the United Kingdom. It reached No. 1 on the UK album charts on 24 January 1981. 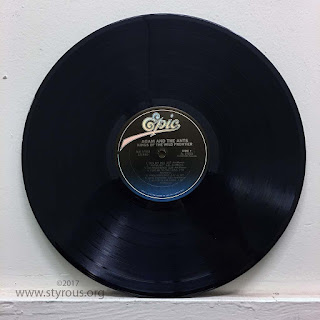 Adam & the Ants ~ Kings of the Wild Frontier
vinyl LP record, side 1
photo by Styrous®

The first band Goddard joined was Bazooka Joe, in which he played bass guitar. He renamed himself Ant and with Lester Square, Andy Warren and drummer Paul Flanagan, they formed Adam and the Ants (initially named just 'The Ants') in 1977, with the inaugural band meeting held in the audience at a Siouxsie and the Banshees performance at the Roxy Club in London's Covent Garden. 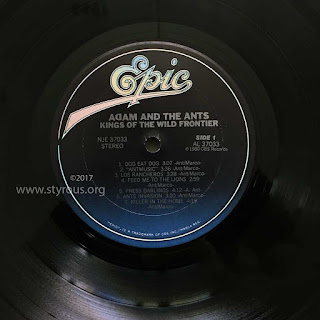 Adam & the Ants ~ Kings of the Wild Frontier
vinyl LP, side 1 label
photo by Styrous®

Pamela Rooke (aka Jordan) was the manager of Adam & the Ants in 1977 and sang Lou (about Lou Reed) with them (she later married their former bass player Kevin Mooney, now separated). She also acted in Jarman's Jubilee playing the character, Amyl Nitrate. 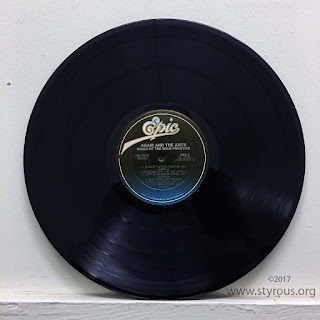 Adam & the Ants ~ Kings of the Wild Frontier
vinyl LP record, side 2
photo by Styrous®

Trouser Press cites Kings of the Wild Frontier as the album where Adam Ant "found his groove". In his retrospective review, Stephen Thomas Erlewine of AllMusic called it "one of the great defining albums of its time.

"There's simply nothing else like it, nothing else that has the same bravado, the same swagger, the same gleeful self-aggrandizement and sense of camp. This walked a brilliant line between campiness and art-house chutzpah, and it arrived at precisely the right time – at the forefront of new wave". 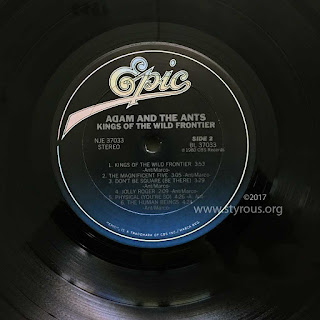 Adam & the Ants ~ Kings of the Wild Frontier
vinyl LP, side 2 label
photo by Styrous®

Slight different in matrix etching.
Barcode and Other Identifiers


"If you make a mistake, you should enjoy it!"
~ Adam Ant