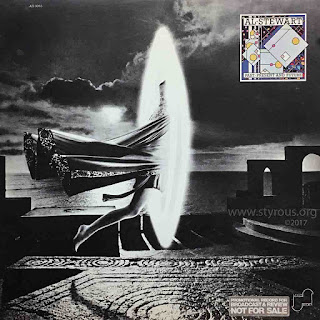 
Today, September 5, is the birthday of Al Stewart who was born in Glasgow, Scotland in 1945. Stewart produced some excellent albums but, of course, I have a favorite. That album is, Past, Present and Future. What a fantastic album it is! The songs are based on historical events some of which never happened. 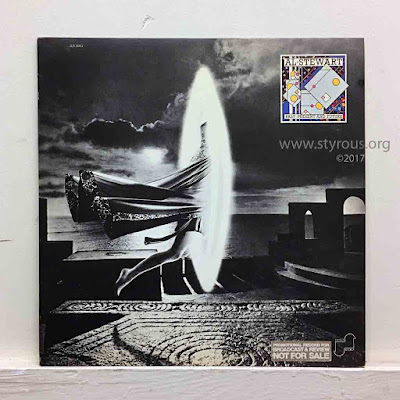 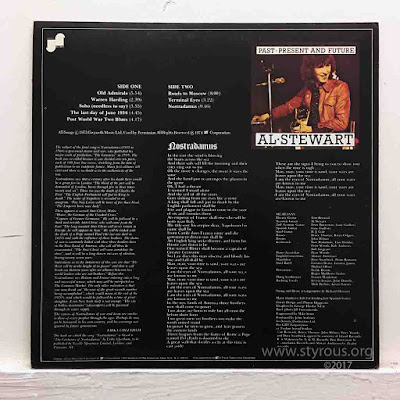 
Of course, I have favorite songs from it; two of which are Old Admirals and Nostradamus. Old Admirals is a slow and nostalgic musing on the fact that the knowledge of the Admiral's years of experience is for naught; he is from a world whose time has come and gone, rendered irrelevant by the progress of technologies. But still, there is the lingering hope that he will be useful again one day.


Old Admirals who feel the wind but never put to sea.
(link to lyrics below) 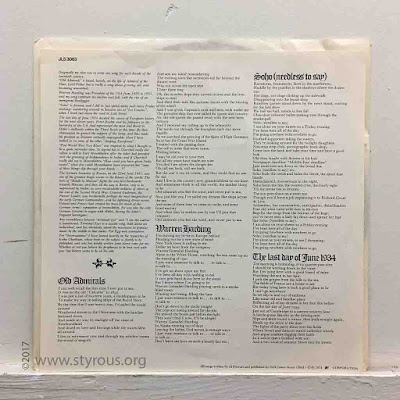 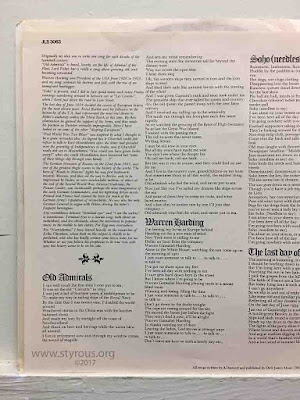 Nostradamus is a tour de force; at almost ten minutes it has plenty of time to wander around with gay abandon. After a mellow guitar and vocal duet intro (2 minutes) it goes into a joyous exposition of the predictions of the Seer. The instrumental sections are wonderful and the vocal backup at the end by Krysia Kocjan is totally sublime.


Man, man, your time is sand, your ways are leaves upon the sea
I am the eyes of Nostradamus, all your ways are known to me
(link to lyrics below) 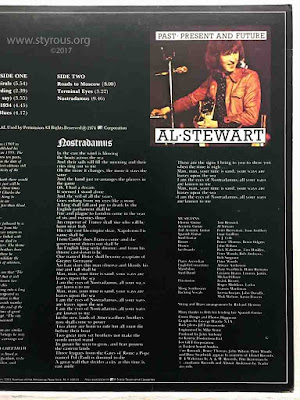 Roads To Moscow has a slow, quiet guitar and balalaika intro that goes into a mellow waltz with a beautiful female chorus backing that speeds up and gets dramatic. The story is of a German soldier taken prisoner and transported to a damp transit camp during World War II. 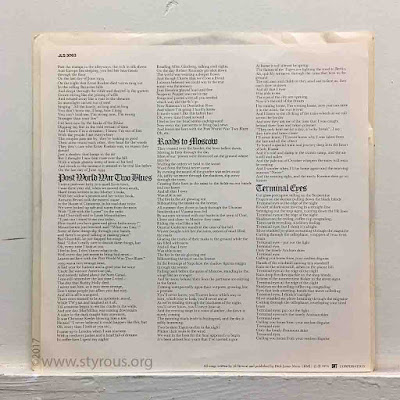 Terminal Eyes has a Beatles, I am the Walrus, feeling to it; syncopated and bouncy it moves along with a relentless determination. The lyrics are just as mystifying as Walrus. 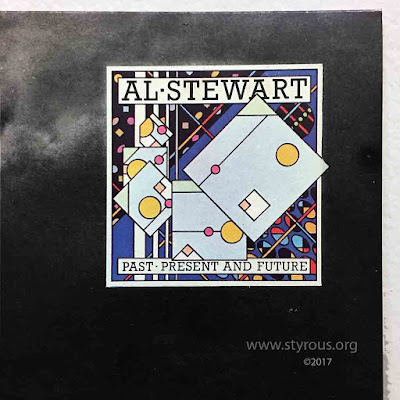 
My copy of this album is a promotional recording meant to be distributed to broadcasters, such as music radio and television stations, and to DJs and music journalists, in advance of the release of commercial editions. 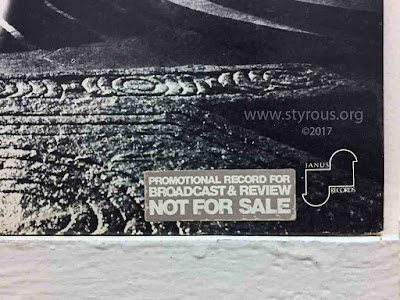 Stewart followed Past, Present and Future with Modern Times (1975), in which the songs were lighter on historical references and more of a return to the theme of short stories set to music. Significantly, though, it was the first of his albums to be produced by Alan Parsons. 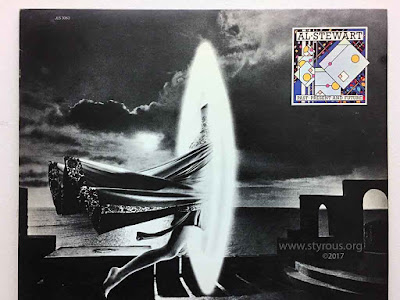 Stewart is best known for his 1976 hit single Year of the Cat, the title song from the platinum album of the same name. Though Year of the Cat and its 1978 platinum follow-up Time Passages brought Stewart his biggest worldwide commercial successes, earlier albums such as Past, Present and Future from 1973 are often seen as better examples of his intimate brand of historical folk-rock. 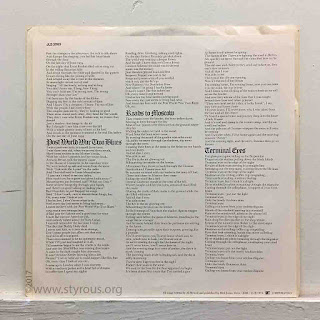 His Love Chronicles (1969) was notable for the 18-minute title track, an anguished autobiographical tale of sexual encounters that was the first mainstream record release ever to include the word "fucking". The song is sort of a precursor to It Was a Very Good Year by Sinatra and 88 Lines about 44 Women by the Nails. It was voted "Folk Album of the Year" by the UK music magazine Melody Maker and features Jimmy Page and Richard Thompson on guitar. To be honest, the song does go on and after the first hearing, I could never listen to the song all the way through. 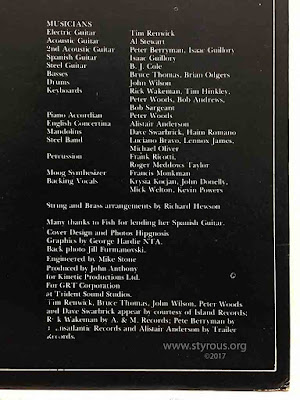 
Stewart was a key figure in British music and he appears throughout the musical folklore of the revivalist era. He played at the first-ever Glastonbury Festival in 1970, knew Yoko Ono before she met John Lennon, shared a London flat with a young Paul Simon, 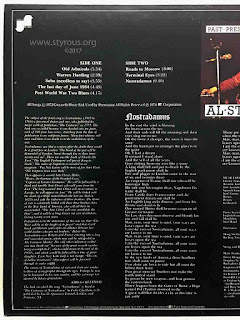 
Stewart grew up in the town of Wimborne, Dorset, England, after moving from Scotland with his mother, Joan Underwood. His father, Alastair MacKichan Stewart, who served as a flight lieutenant in the Royal Air Force volunteer reserve, died in a plane crash during a 1945 training exercise before Stewart was born. After that, as he sings in the song Post World War II Blues (from Past, Present and Future): "I came up to London when I was 19 with a corduroy jacket and a head full of dreams." (link below) 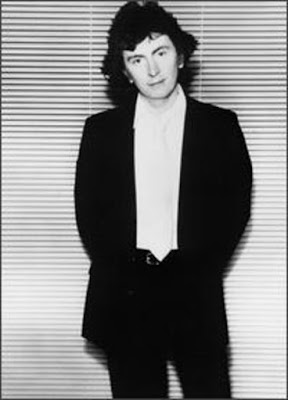 
He bought his first guitar from future Police guitarist Andy Summers, Stewart traded in his electric guitar for an acoustic guitar when he was offered a weekly slot at Bunjies Coffee House in London's Soho in 1965. From there, he went on to compete at the Les Cousins folk club on Greek Street, where he played alongside Cat Stevens, Bert Jansch, Van Morrison, Roy Harper, Ralph McTell and Paul Simon, with whom he shared a flat in Dellow Road, Stepney, London. 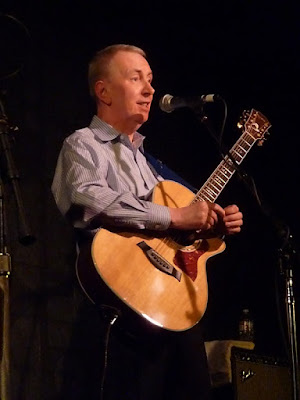 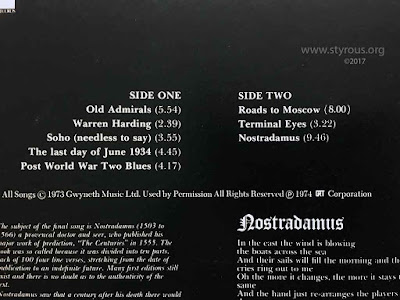 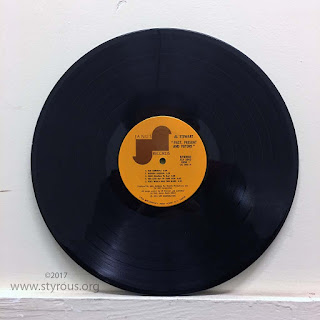 Al Stewart ~ Past, Present and Future
vinyl LP, Side 1
photos by Styrous® 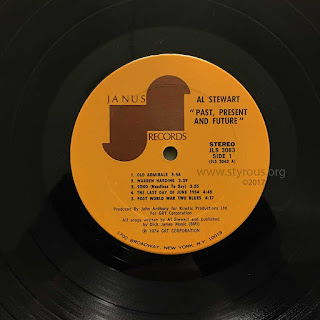 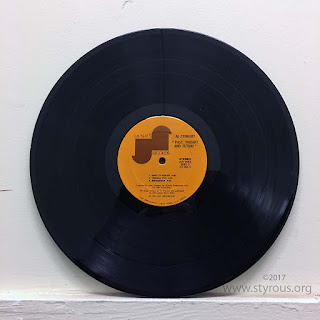 Al Stewart ~ Past, Present and Future
vinyl LP, side 2
photos by Styrous® 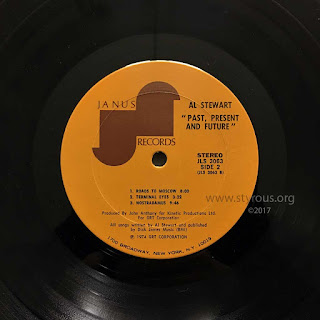 Lyrics printed on the inner sleeve.
Barcode and Other Identifiers


Happy birthday, Al, may your sailing be smooth!