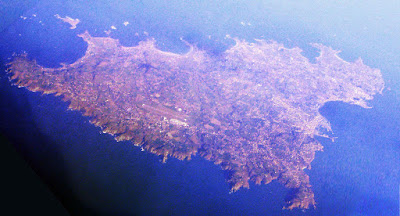 And I discover Guernsey is a country!


From time to time I check the stats for the Viewfinder. The stats include the number of page views by day, week, year and all-time history use. It also registers page views by browser, operating system and country.

This morning a new country was listed, Guernsey. I had always assumed it was part of Great Britain, not a separate country. I checked with my old reliable, Wikipedia, and sure enough, it's an independent country. 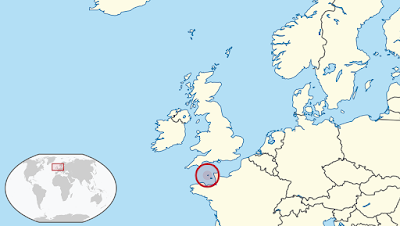 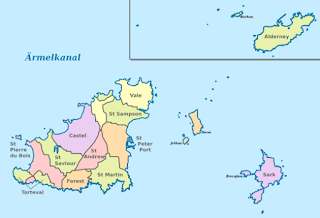 Guernsey is a jurisdiction within the Bailiwick of Guernsey, a Crown dependency. Situated in the English Channel off the coast of Normandy, the jurisdiction embraces not only all ten parishes on the island of Guernsey, but also the much smaller inhabited islands of Herm, Jethou and Lihou together with many small islets and rocks. The jurisdiction is not part of the United Kingdom. However, defence and most foreign relations are handled by the British Government.

The whole jurisdiction lies within the Common Travel Area of the British Isles and is not a member of the European Union, but has a special relationship with it, being treated as part of the European Community for the purposes of free trade in goods. Taken together with the separate jurisdictions of Alderney and Sark it forms the Bailiwick of Guernsey. The two Bailiwicks of Guernsey and Jersey together form the geographical grouping known as the Channel Islands. 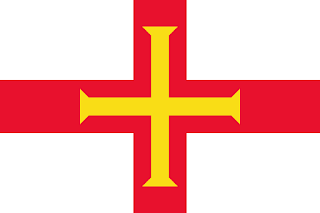 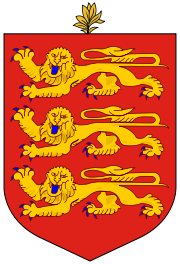 And the geology is unique. Guernsey has a geological history stretching further back into the past than most of Europe. There is a broad geological division between the north and south of the Island. The Southern Metamorphic Complex is elevated above the geologically younger, lower lying Northern Igneous Complex. Guernsey has experienced a complex geological evolution (especially the rocks of the southern complex) with multiple phases of intrusion and deformation recognizable. 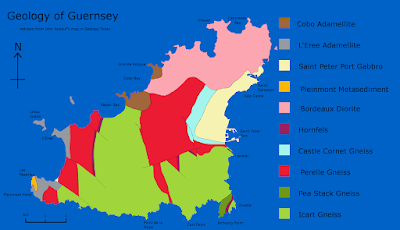 Measuring just 24 sq miles (San Francisco is 49 sq miles), it was invaded by the Nazis in World War II. It was attacked by air, with the first raid on June 28, 1940, killing 33 islanders and injuring 67. Around 4,000 people - mainly children - had been evacuated in the months before the attack.

The German Occupation began two days later, on June 30, and lasted for almost five years, when the island was finally liberated on May 9, 1945.

As part of the Atlantic Wall, between 1940 and 1945 the occupying German forces and the Organisation Todt constructed fortifications round the coasts of the Channel Islands such as this observation tower at Battery Moltke, Jersey (why does Fascist architecture always look so cool?). 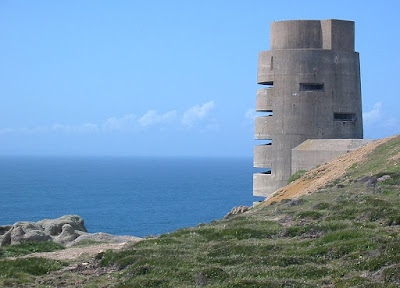 The seaman's knitted woollen sweater, guernsey, or gansey, similar to a jersey, originated there; it is sometimes known as a knit-frock in Cornwall. The guernsey is the mainstay of Guernsey's knitting industry which can be dated back to the late 15th century when a royal grant was obtained to import wool from England and re-export knitted goods to Normandy and Spain. 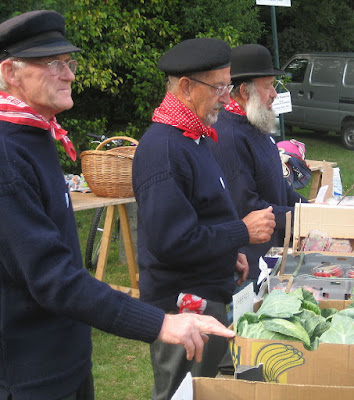 Victor Hugo wrote some of his best-known works while in exile in Guernsey, including Les Misérables. There is a famous painting on the beach there by Pierre-Auguste Renoir. 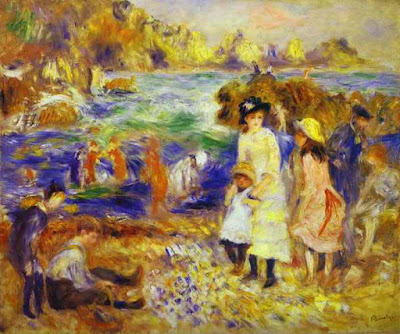 Children on the Beach of Guernsey (1883)
by Pierre-Auguste Renoir


English is the language in general use by the majority of the population, while Guernésiais, the Norman language of the island, is spoken fluently by only about 2% of the population (according to 2001 census). George Métivier, considered by some to be the island's national poet, wrote in Guernesiais. 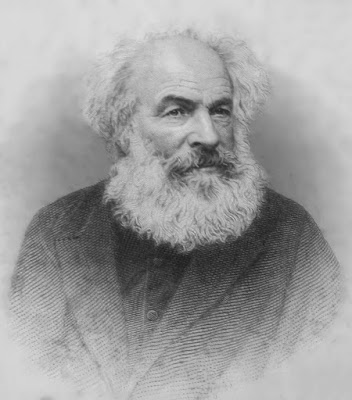 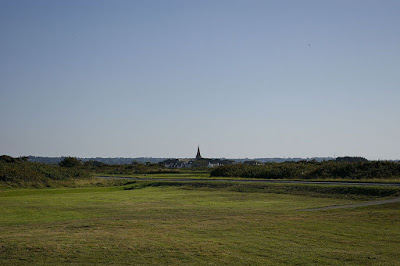 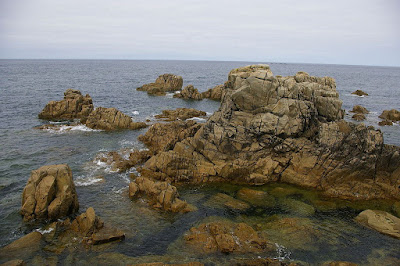 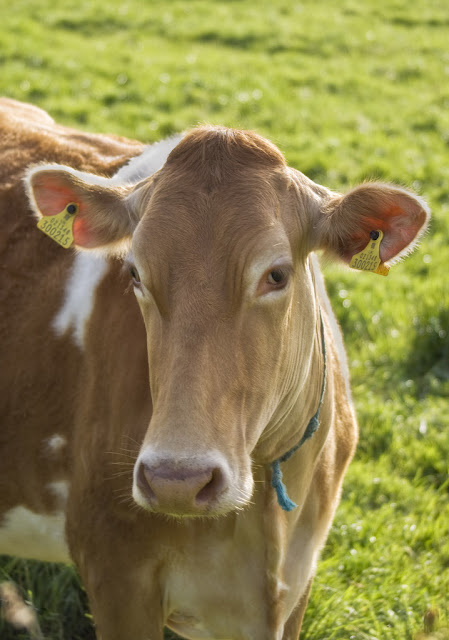