Stan Freberg died earlier this month on April 7, 2015. Freberg was, in my opinion, the greatest humorist of all time. And his album, The United States of America: the Early Years, was the greatest comedy album of all time. Produced as if it was a Broadway musical, it had all the elements of a great musical. 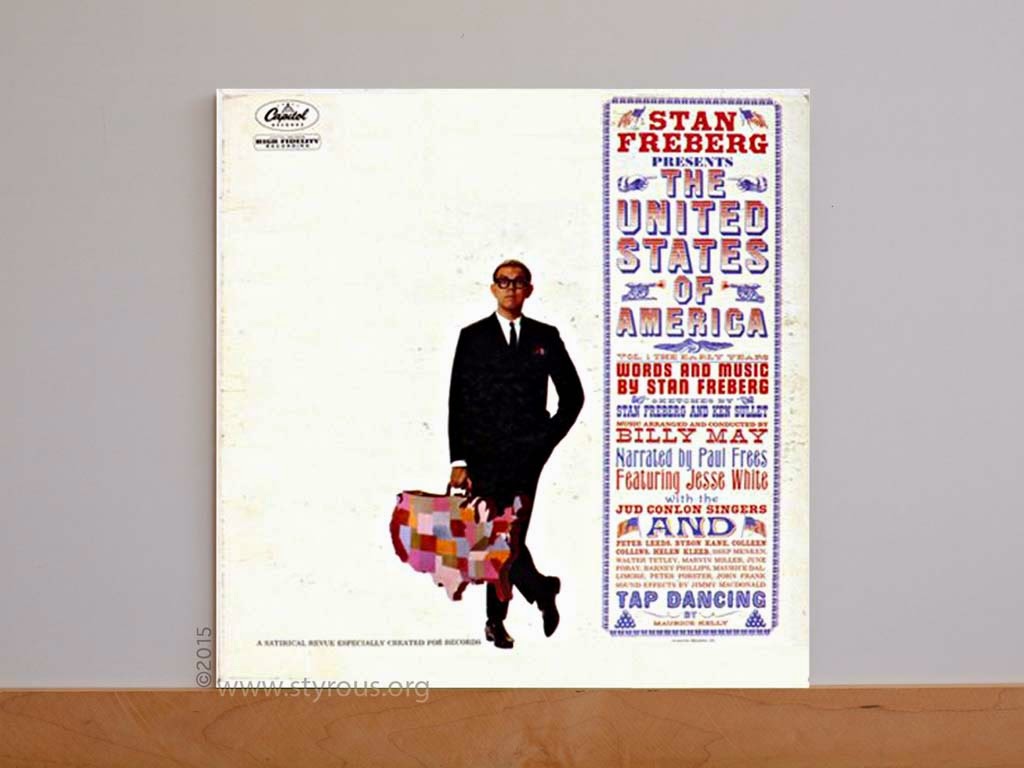 Stan Freberg
The United States of America: the Early Years
photo of album cover by Styrous®

Freberg parodies episodes of the history of the United States from 1492 until the end of the Revolutionary War in 1783. The album combined dialogue and song in a musical theater format. The music and dialogue was written by Freberg and released on Capitol records in 1961. Billy May orchestrated the music. In addition to Freberg, the cast included the following performers:


The themes were politically and socially satiric and brilliant! Freberg used anachronistic and self-referential humour in these sketches, such as referring to the Fourth of July weekend in the "Declaration of Independence" sketch, the Thanksgiving Day in the skit on Take an Indian to Lunch, (an hilarious song that would be highly un-PC today) as well as the "Thanksgiving Turkey" portion, and Columbus Day in the "Columbus Discovers America". Freberg also referred to McCarthyism in the "Declaration of Independence" sketch, where Benjamin Franklin says, "You...sign a harmless petition, and forget all about it. Ten years later, you get hauled up before a committee." 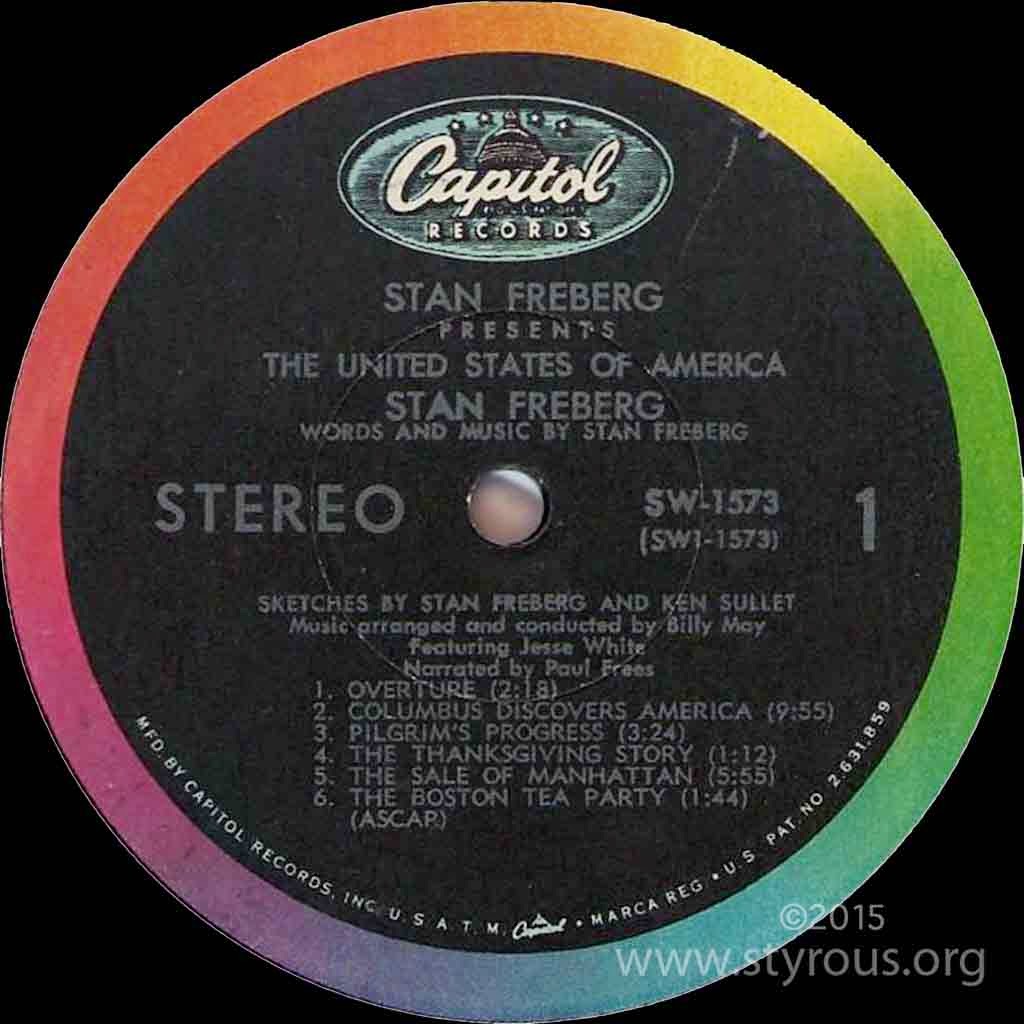 Freberg produced many parodies of pop songs of the time; all of them brilliant. There is the hilarious take off of Banana Boat (Day-O) by Harry Belafonte; a send up of Lawrence Welk with his bubble machine on Wun'erful Wun'erful. and his most classic of all, the  lampoon of Jack Webb in St. George and the Dragonet. There are many of them to listen to on YouTube (link below).

It's A Round, Round World (Columbus Discovers America)


Top Hat, White Feather, And Tails (The Sale Of Manhattan)

Thanks for all the chuckles and gaffaws you gave us with your psychotic projects, Stan, you made our life a little more sane.