Elizabeth Valoma ~ A celebration of life 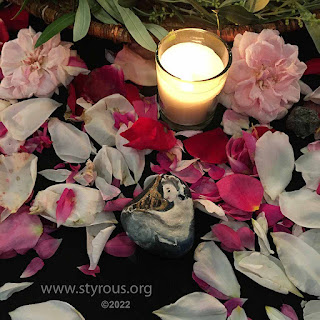 Angel Morales - rock painting
photo by Styrous®
On Monday, April 25, there was a gathering of friends, family and fellow workers to remember the woman who was the maker of dreams and founder of the Cheese Board Collective, Elizabeth Valoma (links below).
The event was held in the Brazillian Room in Tilden Regional Park, Berkeley, a beautiful venue of breathtaking grandeur with deep valleys, dense forest, high ridges and peaks that offer a wilderness experience close to city environments. It could not have been a better spot. 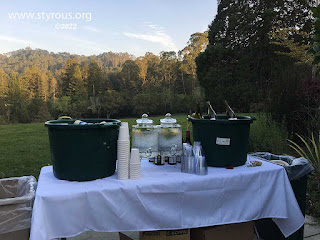 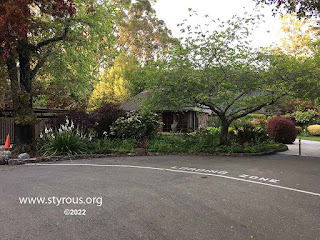 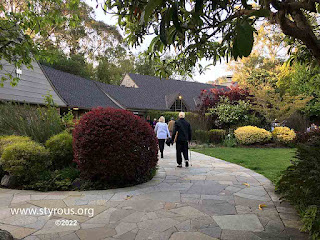 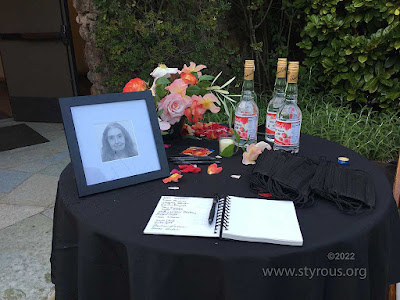 The food was catered by the Cheese Board Collective. 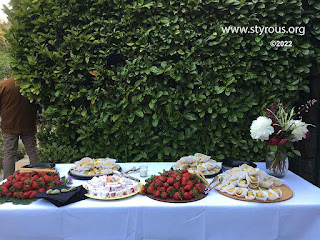 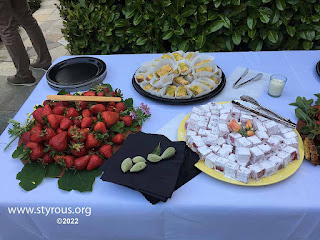 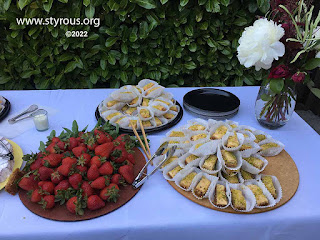 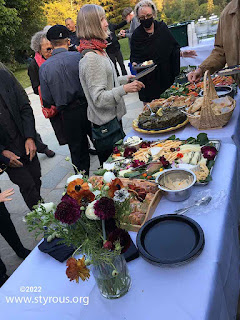 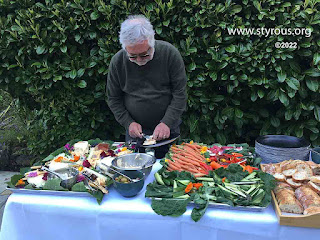 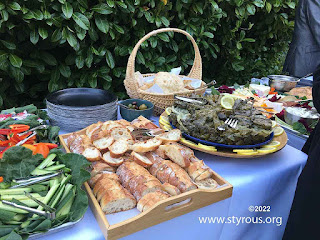 Members of the Cheese Board, the Chez Panisse restaurant, students and professors of the California College of Arts & Crafts, members of the Swallow Collective at the Berkeley Art Museum and customers of The Board that had become friends and confidants of Elizabeth over the decades were in attendance. 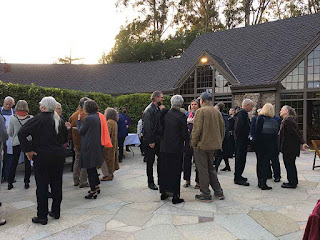 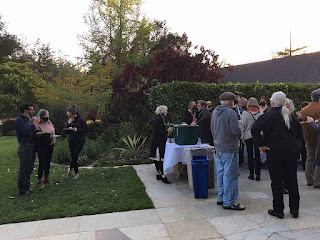 As part of the ceremony, attendees were invited to bring a stone of meaning to place in a circle at an alter that had been set up. 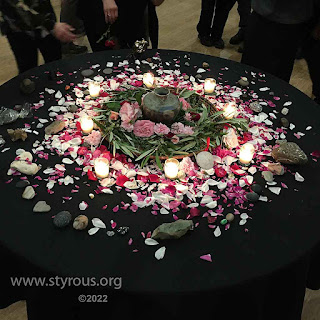 I brought one of the stones in a series my father had painted; this one is of a mermaid playing a harp (photo at the top of the page). Tom White brought a stone that kind of looks like a camel he brought back from Menorca (link below), Espaňa, which he placed next to my father's stone. 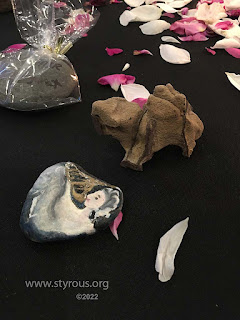 There were photographs of Elizabeth, Deborah and Petra on display, as well as old movies shown of them over the years. It was a delight to see Elizabeth in her youth. 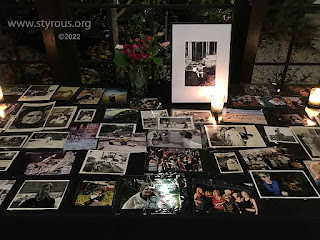 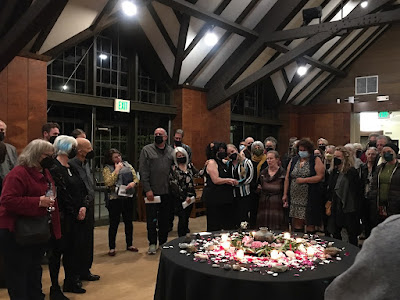 Then people spoke of their relationship, experiences with and stories about Elizabeth that were really wonderful to hear; one main theme that seemed to reoccur was that she enjoyed dancing.
The alter with the ashes of Elizabeth in an urn that was set up in the middle of the room around which people danced at the end of the evening. 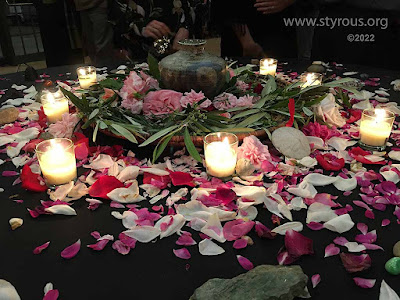