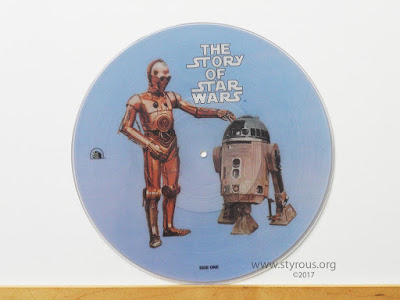 The latest installment of the Star Wars saga, Star Wars: The Last Jedi, premiered last night, December 9, 2017, in Hollywood with enormous fanfare as well as a tribute to Carrie Fisher. 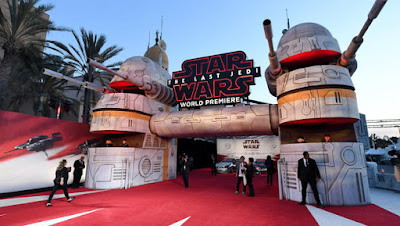 So, it's time to break out another Star Wars item of mine to mark this event; what I've chosen is the Star Wars (soundtrack) picture disc for they are coming back. Picture discs are notoriously famous for the inferior sound quality compared to the traditional black vinyl version but they are a lot of fun and I collected any I found. 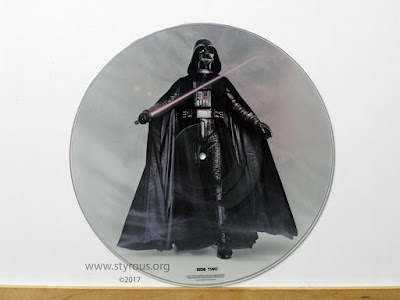 The Star Wars (soundtrack) vinyl LP picture disc actually not only has the original score soundtrack but also dialogue from scenes from the film as well. It's pretty cool
It is interesting that Star Wars: The Last Jedi, has generated a resurgence of Star Wars on picture disc with the issue of the new soundtrack (no dialogue) and new images (links below). 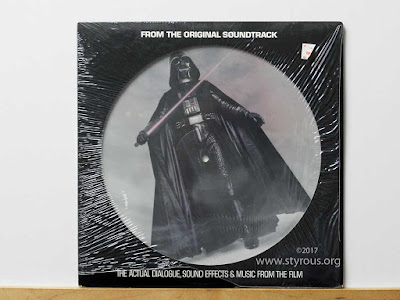 “I find your lack of faith disturbing.”
— Darth Vader