Edith Piaf ~ the Little Sparrow, one hundred and timeless 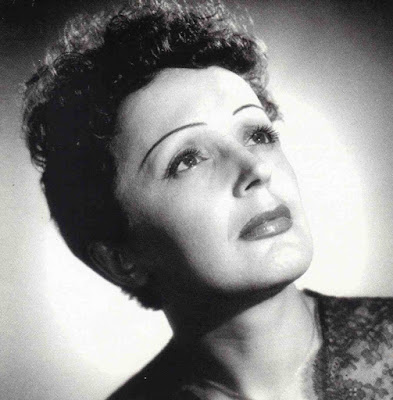 Today, December 19, is the one hundredth anniversary of the birth of Édith Piaf in 1915. About a year and a half ago, I suddenly realized this event was coming. Because of the enormous impact the music of Piaf had made at an important point in my life when I was young, I began gathering information together for this article on her. There are links (below) to other articles I've written about her.

I hope you find as much love and compassion from reading and briefly reliving the intense life of this amazing woman, as I had putting it together.

Édith Piaf was born Édith Giovanna Gassion at the Hôpital Tenon in Belleville, Paris, December 19, 1915. She was a French cabaret singer, songwriter and actress who became widely regarded as France's national chanteuse, as well as being one of France's greatest international stars. She was an icon in the Pantheon of entertainment.

Her mother abandoned Piaf at birth and when her father enlisted with the French Army in 1916 to fight in World War I, he took her to his mother, Emma (Aïcha) who ran a brothel in Normandy. There, prostitutes helped look after Piaf.

In 1929, at age 14, she joined her father in his acrobatic street performances all over France, where she first sang in public. At the age of 15, Piaf met Simone "Mômone" Berteaut, who may have been her half-sister, who became a companion for most of her life, and together they toured the streets for the first time singing and earning money for themselves. With the additional money Piaf earned as part of an acrobatic trio, Piaf and Mômone were able to rent their own place. She separated from her father and took a room at Grand Hôtel de Clermont (18 rue Veron, Paris 18ème), working with Mômone as a street singer in Pigalle, Ménilmontant, and the Paris suburbs (cf. the song Elle fréquentait la Rue Pigalle). 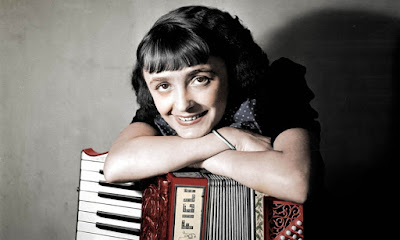 In 1932, she met and fell in love with Louis Dupont. In February 1933, when Piaf was 17 years old, her daughter, Marcelle, known as Cécelle, was born in the Hôpital Tenon. She returned to street singing, until the summer of 1933, when she opened at Juan-les-Pins, Rue Pigalle. Marcelle died of meningitis at age two. It is rumoured that Piaf slept with a man to pay for Marcelle's funeral.

In 1935, Piaf was discovered in the Pigalle area of Paris by nightclub owner Louis Leplée, whose club Le Gerny off the Champs-Élysées. He persuaded her to sing despite her extreme nervousness, which, combined with her height of only 142 centimetres (4 ft 8 in), inspired him to give her the nickname that would stay with her for the rest of her life and serve as her stage name, La Môme Piaf (Paris slang meaning "The Waif Sparrow" or "The Little Sparrow"). Leplée taught her the basics of stage presence and told her to wear a black dress, which became her trademark apparel. Later, she would always appear in black.

Her opening night attracted many celebrities, including actor Maurice Chevalier. Her nightclub gigs led to her first two records produced that same year, with one of them penned by Marguerite Monnot, a collaborator throughout Piaf's life and one of her favourite composers.

On 6 April 1936, Leplée was murdered which generated negative media attention and threatened her career. To rehabilitate her image, she recruited Raymond Asso, with whom she would become romantically involved. He changed her stage name to "Édith Piaf" and commissioned Monnot to write songs that reflected or alluded to Piaf's previous life on the streets.

In 1940, Piaf co-starred in the successful one-act play, Le Bel Indifférent, by Jean Cocteau. She began forming friendships with prominent people, including Chevalier and poet Jacques Borgeat. She wrote the lyrics of many of her songs and collaborated with composers on the tunes. In the spring of 1944 she began the first collaboration (and love affair) with Yves Montand at the Moulin Rouge. 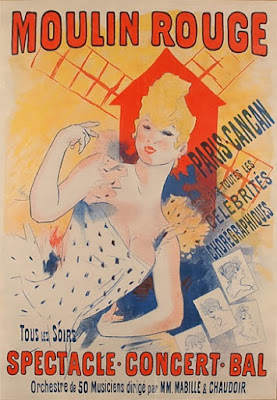 In December of 1944, she performed on stage for the Allied forces together with Montand in Marseille, France.


Piaf's signature song, La vie en rose, was written in 1945 and was voted a Grammy Hall of Fame Award in 1998. The song's title can be translated as Life in Rosy Hues or Life Through Rose-Tinted Glasses; its literal meaning is "Life in Pink". The lyrics and melody of the song were written by Piaf herself, but the melody was said officially to have been composed and registered by Louis Guglielmi (known as Louiguy) only, since at the time, due to the stringent registration requirements of SACEM, Piaf did not have the necessary qualifications to be able to copyright her work with SACEM. The song made Piaf internationally famous, with its lyrics telling about the joy of finding true love and appealing to those who had survived the difficult wartime. 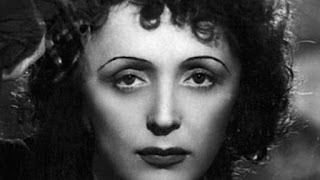 La Vie en rose was released on a 10" single in 1947 by Columbia Records, a division of EMI, with Un refrain courait dans la rue on the B-side. It met with a warm reception and sold a million copies in the USA. It was the biggest-selling single of 1948 in Italy, and the ninth biggest-selling single in Brazil in 1949. Piaf performed the song in the 1948 French movie Neuf garçons, un coeur.

In 1947, she wrote the lyrics to the song Mais qu'est-ce que j'ai! (music : Henri Betti) for Montand. Within a year, he became one of the most famous singers in France. She broke off their relationship when he had become almost as popular as she was.

In 1948, Piaf met and had an affair with boxing champion, Marcel Cerdan, who was married. The affair lasted from summer 1948 until his death in autumn 1949. They were devoted to each other and Piaf wrote one of her most famous songs, Hymne à l'amour, for Cerdan. Piaf and Cerdan's affair made international headlines, as Cerdan was the former middleweight world champion and a legend in France in his own right. 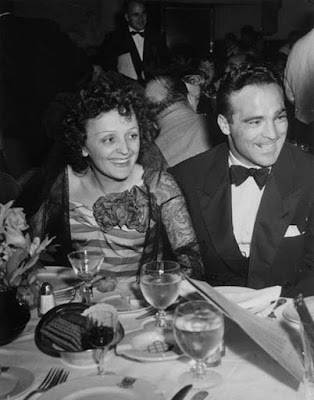 Cerdan began boxing professionally on November 4, 1934 in Meknes, Morocco, beating Marcel Bucchianeri by a decision in six rounds. Cerdan then ran a streak of 47 wins in a row between that first bout and January 4, 1939, when he lost for the first time, to Harry Craster by a disqualification in five rounds in London. 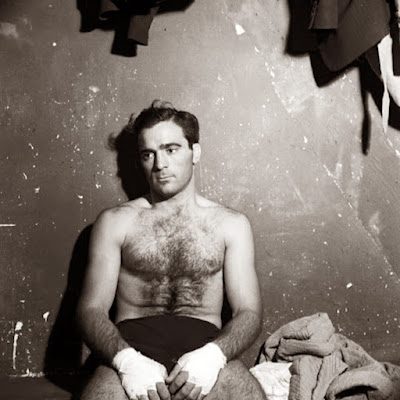 Cerdan, who was afraid to fly, died in a plane crash in the Azores in October 1949, while flying from Paris to New York City to meet Piaf at her insistence. Cerdan's Air France flight, flown on a Lockheed Constellation, killed everyone on board including several celebrities. 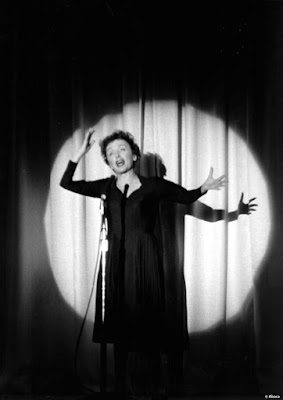 In 1951, Piaf was seriously injured in a car crash along with Charles Aznavour, breaking her arm and two ribs, and thereafter had serious difficulties arising from morphine and alcohol addictions. Two more near-fatal car crashes exacerbated the situation. Singer Jacques Pills took her into rehabilitation on several occasions with no success.

Piaf married Jacques Pills (real name René Ducos), her first husband, in 1952 (her matron of honour was Marlene Dietrich). Piaf divorced him in 1957. In 1962, she wed Théo Sarapo (Theophanis Lamboukas), a Greek hairdresser-turned-singer and actor who was 20 years her junior. The couple sang together in some of her last engagements. 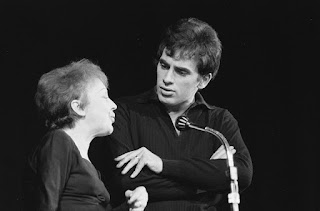 
Piaf died of liver cancer on the 10th of October, 1963. She was 47. She was buried in the Père Lachaise cemetery in Paris. The Roman Catholic church denied a funeral mass because of her lifestyle. However, her funeral procession was attended by more than 100,000 fans. It wasn’t until 50 years after her death, in 2013,  that the Catholic church granted a proper funeral mass for her.

Having by Gallic law inherited Piaf's seven million francs worth of debts, Sarapo was evicted from the apartment they shared on Boulevard Lannes on Christmas Day 1963; he recorded La maison qui ne chante plus (the house which no longer sings), which became a hit. Another hit of his was Le jour viendra, which in English is, Our Day Will Come. Sarapo, was buried next to Piaf seven years later when he died in a car accident on August 28, 1970. 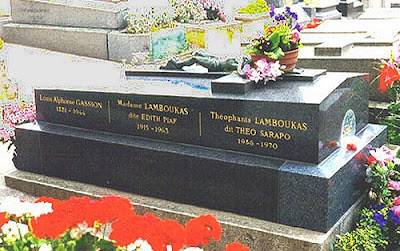 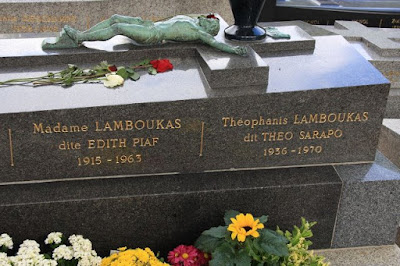 
On June 12th, 2012, the United States and France postal services jointly issued stamps honoring Édith Piaf and jazz musician Miles Davis. Designed by Greg Breeding, the stamps depict the artists in their most iconic poses using a photo of Davis with his trumpet in 1970 by David Gahr and a photo of Piaf from the Michael Ochs Archives. 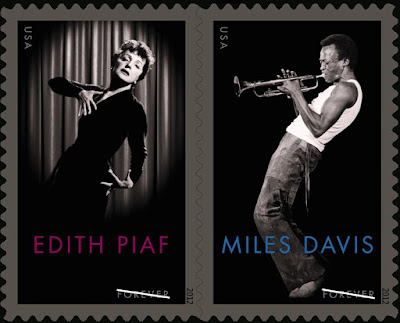 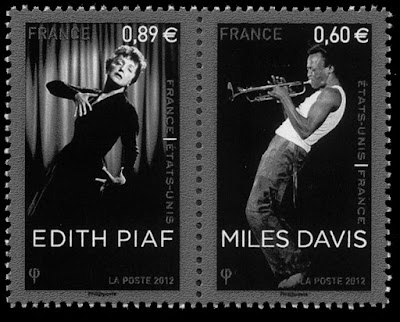 On Tuesday, April 14, 2015, an exhibition opened at the Bibliothèque nationale de France celebrating the 100th anniversary of the birth of Édith Piaf.

The Piaf legacy has survived, and her music is still relevant. Many films and plays based on her life have been made. One of the most recent biopics about her, La Vie En Rose, directed by Olivier Dahan, won an Academy Award for Best Actress (Marion Cotillard). The film also starred Gérard Depardieu as Louis Leplée who discovered Piaf singing on a Paris street corner in 1935. It is a moving and brilliant film! 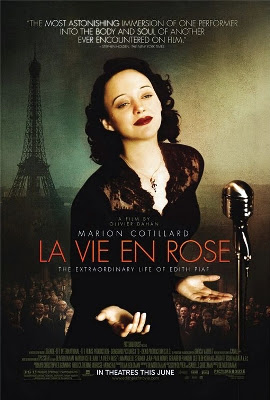 According to Time Magazine, the last words of Piaf were . . .

"Every damn fool thing you do in this life, you pay for."