Juanita's Galley on a ferry boat no less!

I was writing another article about the year 1958 (see link below). The ferries that crossed the San Francisco bay were discontinued that year. Writing about it brought to mind one of the most fantastic personalities concerning ferry boats that ever lived. She was Juanita Musson who ran various restaurants from 1953 to 1984. But it is Juanita's Galley in Sausalito in the early 1960's I will never forget.

One of the old San Francisco ferry boats, the Charles van Damme, built in 1916, was a sidewheel ferry that carried cars and passengers between Richmond and San Rafael for 40 years. It was bought by Donlon Arques at auction in 1959. He brought her to her final resting place at Gate 6 in Sausalito. Juanita opened her restaurant, Juanita’s Galley, on the first level of the ferry.

I distinctly remember Juanita; she was quite a piece of work; when someone who was obviously a tourist came in and stood hesitantly at the door, she would scream at them (no matter WHERE in the restaurant she was at the moment) to quit gawking at the door and sit anywhere. She was so loud (crass is a better word) it sometimes made the tourist scurry back out the door. No matter, there were more people waiting to get in. Her most famous quote was, "Eat it, or wear it!" She could arrive at a table holding her pet pig or monkey and might answer a complaint by dumping a heaping plate into the patron's lap. 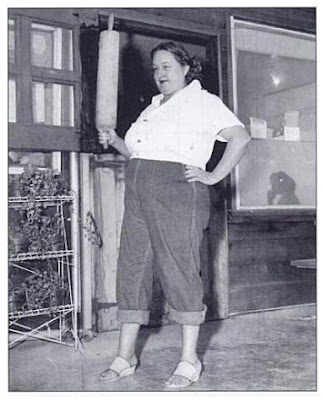 Juanita Musson
waiting for the next tourist
photographer unknown

She was born Juanita Hudspeth in rural Texas in 1923. She lived around the southwest in her youth, and married a soldier named Richard Musson in Wichita Falls, Texas, in 1944. After the war ended, Richard Musson was stationed at the Presidio of San Francisco.

She was fodder for Herb Cain's column in the San Francisco Chronicle. “I first ran across Juanita, or she across me, when she opened Juanita’s Galley in Sausalito during the middle 1950s. She was and is a big girl — some 225 pounds of quivering, pulsating heart concealed in an amorphous mass. Since she liked to eat and drink, obviously, she liked other people to drink and eat. “– Herb Cain, Chronicle, 1975

“Juanita Musson has been described as the drinking man’s Julia Child. I don’t know if that’s accurate, but I like the sound. Style writer Cynthia Robins called her brash, bibulous and bawdy. Now, that I know about.” — Jim Wood, Examiner, 1991

M.F.K. Fisher said, "I often ate at her place...because she was such a colorful character..." "The food was good home-cooking, prepared with a mother's love & served with the style of a lubricated longshoreman."

“Her ‘ear muff' prank consisted of sneaking up behind an unsuspecting diner and swinging each muumuu-wrapped breast up against the victim’s ears. Then she would cackle loudly and leave." — Sonoma Index-Tribune, 2/28/11 (she muffed me once! It was the second time in my life that had happened; the first not by her, but that's another story.)

The Hell's Angels, Robert Mitchum, Sterling Hayden, Joseph Cotten, Noel Coward and other celebrities, as well as lawyers, judges and politicians were regular hangers out at the Galley. The Smothers Brothers, Shelley Berman, the Kingston Trio, Jonathan Winters and Bill Cosby found their way across the Golden Gate Bridge following late-night performances in San Francisco. 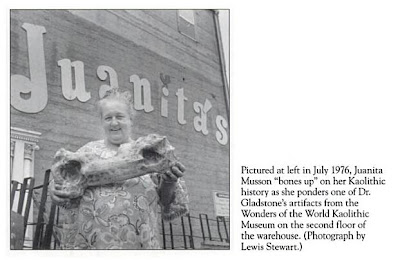 Not surprisingly, she was friends with madam and eventual mayor of Sausalito, Sally Stanford. Juanita was asked if she'd worked for Stanford and she'd reply, “I never charged a nickel from a horizontal position.”

She was fond of animals - most of her places featured assorted pets of some kind, wandering in and out. They included monkeys, chickens, goats, dogs and cats (that would NEVER get past the health department now). Once or twice she adopted an orphaned fawn deer (see fawn link below).

After three bawdy years, it was closed by a gang fight and what has been gracefully called the triumph of Juanita's "generosity over her business sense." The Internal Revenue Service seized the Galley as Juanita was somewhat careless about taking care of her taxes. 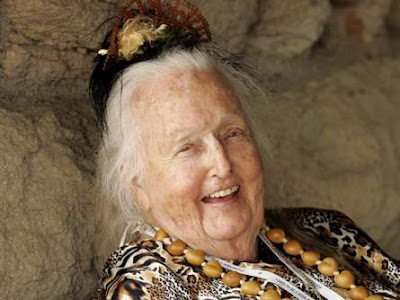 Juanita died from a stroke on February 26, 2011, at Agua Caliente Villa, a resort hotel turned retirement home in Sonoma County. She was 87. Her ashes were scattered in the bay off Sausalito. 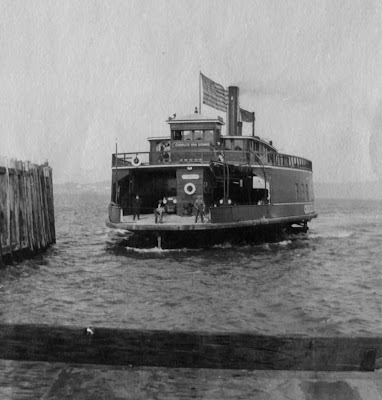 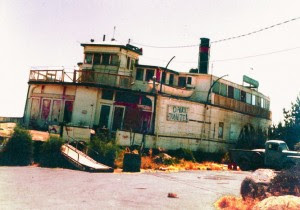 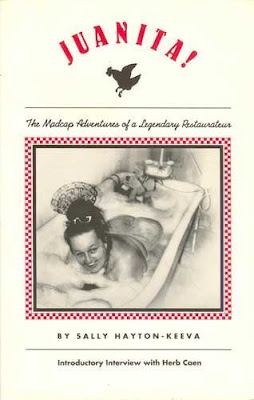 Juanita: The Madcap Adventures
of a Legendary Restaurateur
by Sally Hayton-Keeva 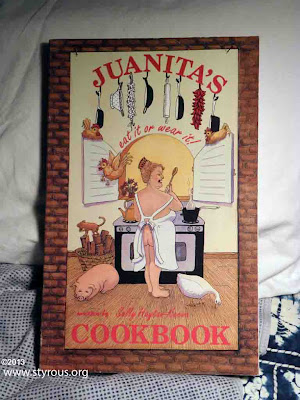 Juanita's Eat It or Wear It Cookbook
by Sally Hayton-Keeva.
cover illustration by Janis Kobe
photo by Styrous®

after the recipes there are some great photos
with commentaries by Juanita,
well worth buying for the
entertainment value if nothing else

Most of the information I got was from the links listed below but there was MUCH more information in them than I have used. Check them out to find out more about Juanita and the Charles van Damme.

Juanita talks about her pet fawn on MarinNostalgia
(CAUTION: it is PG rated).

Adios, Juanita, I don't think anyone who met you will ever forget you.

There are two other related (believe it or not) Viewfinder articles:
20,000 vinyl LPs 22: Van Cliburn & Sputnik
Sweets Ballroom ~ Jitterbugging in the Forties